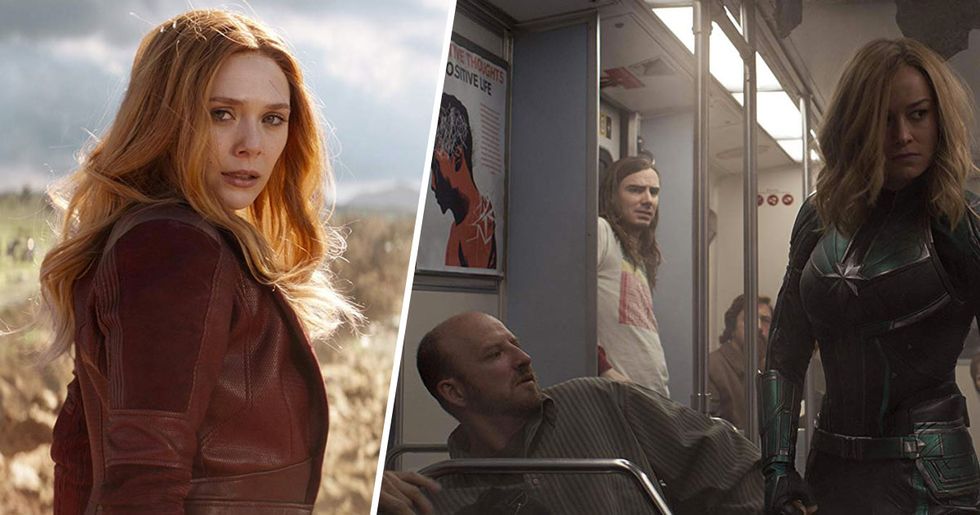 Many movie fans are passionate about the Marvel Cinematic Universe. But, truth be told, there is one thing that's wrong with it. Many of the movies just seem way too male-focused! Sure, there are plenty of female characters - but they never seem to play leads.

Well, Brie Larson looks set to change all that. Speaking to Variety, the actress claimed she was in discussions with Marvel about an all-female movie for the franchise - and the internet is very excited.

We're happy that we have Larson backing the movie.

Hey, if we've got Captain Marvel on our side, we can't fail, right? Larson also discussed the empowerment she's found in the MCU.

"To get to be with all of those women for the day and you get this feeling of, like, almost a little bit of naughtiness because it’s a secret and none of us can talk about it — that it felt like we were a part of this like coven working together for this goal."

"It was an opportunity for us to share and hang out."

"And as many people know, a lot of the time women aren’t working together. It’s kind of been this new breath of fresh air for us in our industry that there’s more female ensemble films, which has allowed us the opportunity to really communicate with one another. So we get so excited and feel so much energy when you get to be around your peers and share stories."

"I don’t know what kind of change that brings the MCU."

"So, I’m excited to see where that goes."

"But there’s so many other new characters that I love, as well, that I’m excited to see and it’s so hard to imagine now where we’re at with these stories. Them existing without any one of those characters. It’s hard to pull that apart."

It's safe to say that people are behind this idea.

And many have already started speculating about who could be a part of the upcoming movie. There are rich picking within the MCU, such as Black Panther's Shuri.

Scarlet Witch, who originated as a part of the X-Men, but made an appearance in the most recent Avengers played by Elizabeth Olson.

Marvel has already announced their Phase Four slate - with no Larson led movie in sight. So, if it does happen, it's not gonna be for a while. Sorry, ladies. Curious about how white men are taking the female MCU takeover? Read on. (Clue: not well.)