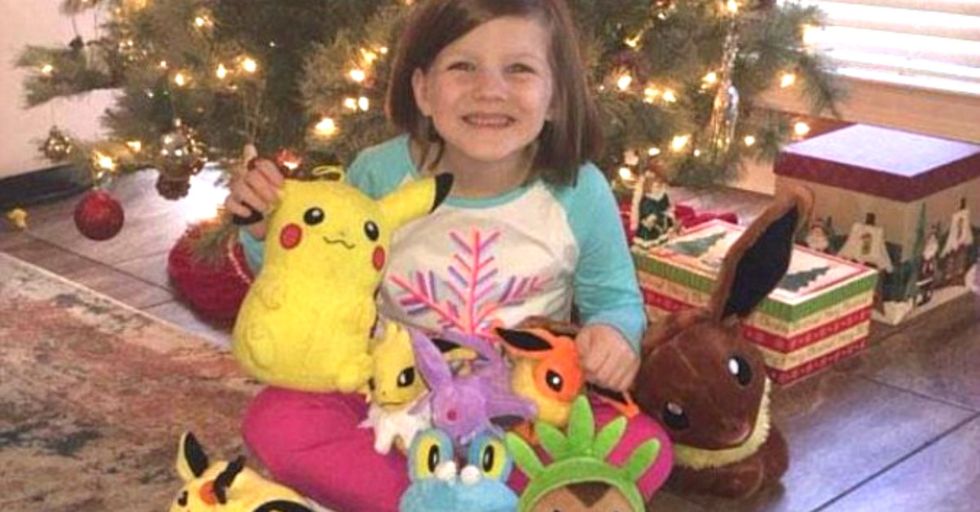 This holiday season, six-year-old Ashlynd Howell of Maumelle, Arkansas took Christmas shopping into her own hands.

Her shopping spree started just before bedtime, when she and mother, Bethany Howell, snuggled up for a movie together on the living room couch.

Little did Bethany know what clever tricks Ashlynd had up her sleeve...

As Bethany told DailyMail, "We laid there and two minutes into the movie I fell asleep because I was wiped out." This was Ashlynd's big chance.

Genius that she is, little Ashlynd grabbed her mother's phone, positioning its touchscreen right underneath her dozing mother's thumb.

Thirteen purchases and $250 later, little Ashlynd had bypassed Santa Claus completely, gifting herself every Pokémon toy on her Christmas wishlist.

While Ashlynd had previously used her mother's phone to watch videos on apps like YouTube and Netflix, Bethany explained, "I didn’t know she knew what Amazon was." Once the couple noticed that all the suspicious purchases were set to be delivered to their front door, Bethany and Allan realized that their clever daughter was likely the rogue shopping spree culprit.

Investigating their theory, Bethany explained, "I asked her if she was on my phone looking at Pokémon."

"Yeah, Mommy, I was shopping," Ashlynd proudly boasted, assuring her mother not to worry because all of her purchases were coming straight to their front door.

Genuis that she is, Ashlynd had used autofill to complete Amazon's shipping address fields, and used the credit card her mother already had on file to pay for her purchases.

And even luckier for little Ashlynd, only four of her purchases were returnable.

Once Bethany realized they'd only be able to return four of her daughter's purchases, she let Ashlynd know that Santa had learned of her little Christmas work-around, and needed four of her gifts back.

Who needs Santa when you've got your sleeping mom's iPhone? Nice work, Ashlynd!