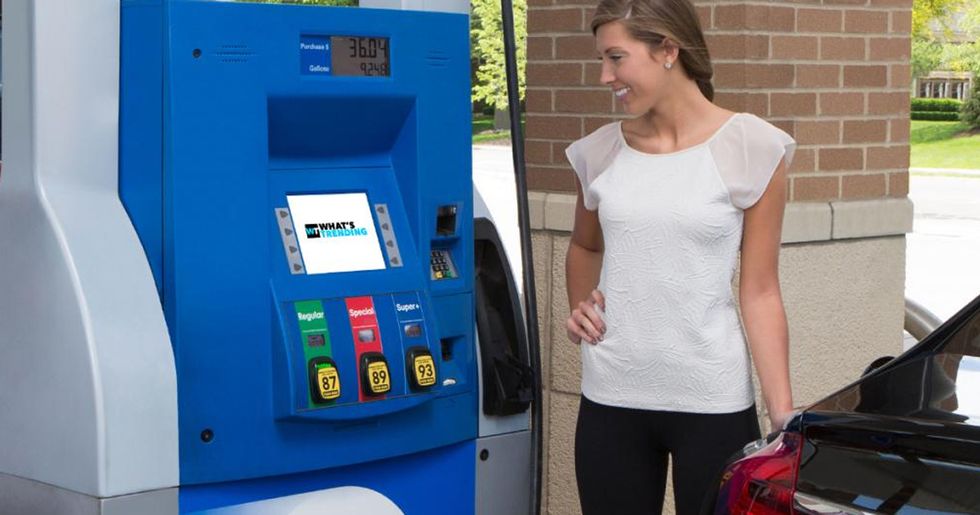 19 Common Product Hacks You Need to Be Using Right Now

You use most of these items every day of your life, but you're missing out on some of their best features!

Keep these handy tips in mind to make your life just a bit easier. After all, you could probably use all the help you can get, right?

If your phone still hasn't caught onto the fact that you're never trying to say "duck," "ducking," or "ducker," I've got the perfect tip for you. Make a new contact in your phone called "f--k f--king f--ker" (only use the actual words and not the censored version). Next time you try to text some colorful language, your phone won't try to bring any aquatic birds into the situation.
Speaking of phone tricks, here's another one you should know. Most voicemail systems offer people the chance to delete and re-record a voicemail message. Simply press * and it should reset. (This could have solved so many sitcom conflicts!)
There's nothing more satisfying than closing all your Internet tabs down when you're done with them, but it's the worst when you accidentally close one you're still using. Ctrl + Shift + T reopens your most recently closed tab. You're welcome.
Here's another keyboard shortcut to keep in mind. You probably already know that Ctrl + C copies text and Ctrl + V pastes it, but did you know that Ctrl + Shift + V pastes without formatting? Now you do. You're welcome.
EVER ACCIDENTALLY HIT THE CAPS LOCK BUTTON WHILE TYPING IN MICROSOFT WORD? You don't have to re-type anything! Simply highlight the text and press Shift + F3, and it will make everything lowercase. Hit it again, and it will capitalize the first letter of every sentence. Here's one more computer-related feature you should know about. This one's about YouTube.
While watching YouTube videos, keep your fingers on J, K, and L. J and L go backward and forward 10 seconds, respectively. K will pause and play the video.

If you look closely at your toaster, you might notice a bagel button. When Bagel Mode is activated, the toaster will only toast the inside of your bagel rather than both sides.

Want some oatmeal with your bagel? Take a good look at the packet your instant oatmeal comes in. It's lined with plastic. That's because you're supposed to be able to use it to measure the water in it! There's even a line to help you measure the right amount.

The hole in the front of your bag of coffee is not to give you something to sniff (although you can totally do that). After coffee is roasted, the beans emit gasses that escape through the valve. If it wasn't there, the bag might explode!
Your tape measure actually has several features you probably didn't know about. First of all, if you look on the edge of the tape measure case, you'll see a label telling you how long the tape itself is (usually about 3 inches or so). This is so you don't have to bend the tape when measuring the distance between two things. You may also have noticed that the metal tab at the end of the tape is loose — this is by design. It moves a distance that's the exact thickness of the clip itself so that you get an accurate measurement regardless of whether you're measuring the inside or outside edge of something. Now, let's talk about car windows...

If you have a key fob like the one pictured, here, you can actually use it to open your car windows. Simply press the "unlock" button three times, and all the windows will roll down. This is super handy on a hot day, but don't accidentally do it when your car is covered with snow!

Here's another bit of key fob info. If you have an electric fob, it most likely has a key hidden within it. This is so that if its battery ever runs down, you can take the physical key out to open your door and start your car. (But you should keep an extra fob battery in your car just in case!)

Have you ever been pumping gas into your car and been annoyed by the blaring televisions above the pumps? (Seriously, whose idea were those, anyway?!) Apparently, if you hit the buttons on the right side of the screen from the top to the bottom, it will mute the TV screen. I can't wait to try this next time I'm filling up.

Here's a feature you've probably never noticed about elevators. If you hear it ding once when the doors open, it means the elevator is going up. If you hear it ding twice, it's going down.
Get ready to feel some nostalgia — and regret. There was a two-player mode in the game Duck Hunt. If you plugged a regular controller in next to the light gun, player two could control the ducks! If you're old enough to remember Duck Hunt, you might have kids of your own now. Here's something to keep in mind if you do...

Have you ever noticed that baby onesies have that weird folded shoulder design? As it turns out, that's kind of a lifesaver for parents. Not only does it allow you to stretch the opening over your baby's gigantic head, but it also allows for the entire onesie to be pulled down and off rather than having to take it off from the bottom. As you can imagine, this is especially useful in "blowout" situations.

The metal plate on the bottom half of a standard stapler can actually be rotated 180 degrees. If you do that, it bends the staples outward rather than inward, making them much easier to remove for temporary staple jobs.

Hey, did you know libraries are basically magical places that solve so many of life's problems? It's true! Many libraries across the country participate in something called Overdrive which lets you check out both ebooks and audiobooks — for free!

If your Maglite lightbulb ever burns out, do not despair! Most models have an extra bulb hidden in the case you take off when you change the batteries. Shine on, you crazy Maglite. Share this list with a friend to wow them!