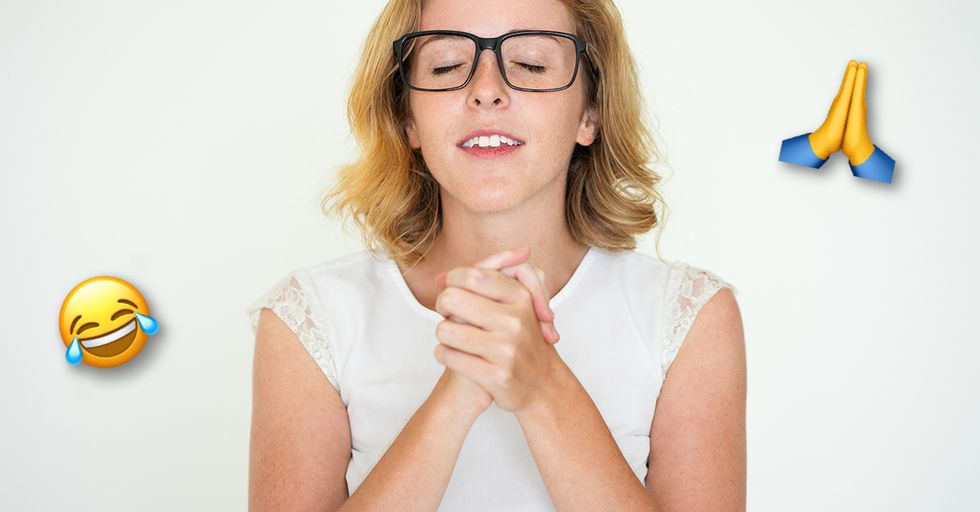 Twitter can be a depressing cesspool of hate and bad news.

But thanks to a lot of funny women, it can also be hilarious and irreverent and actually fun!

And I, for one, like to celebrate women every chance I get! So without further ado, here are 19 brilliant tweets by brilliantly funny women who we're lucky to have on Twitter.

We all do it! It's one of life's greatest simple joys! Because who can actually afford anything from Madewell?

But seriously. Either "didn't expect to get out of the car" or "literally didn't care if people saw me in my PJs" are my two looks.

Hey, if marrying into the royal family is what you got to do to get health insurance as an American, you do it.

No joke, Masterchef Jr. is one of the greatest shows of all time. Brittani gets it. The next one is written by a woman but true for everybody...

The truth about laundry

But for real this has happened with all my piles of laundry. Meet Jim, Pablo, Francine, and Michelle.

Haha, get it?! It inverts a well-known saying. All I want to say is girl, let it all out! We're here for you.

The dream of New York

Honestly, this is unconscionable. Somebody get her a bicycle with a wicker basket on the front of it STAT.

Oh my god. It's so true. I'll never look at a lobster roll (or, quite frankly, a boyfriend) the same way again.

This deserves a million rounds of applause. It's too good for words. The next one is brilliant in its simplicity...

The band told us to imagine dragons, and Alexandra has been at it for a while. Can she please stop now? Can we all stop now?

Yo, man, why do you think she's posting that picture? You think she's going to see your comment and be like, "Oh my god, I had no idea. Thank you for pointing it out to me. Would you like to be my husband?" Nah, man.

Hm, yes, it seems like not having children does have some effects on women's lives. Just not in the way this b*tch meant, probably.

But it's true. The love of a good partner will never be able to give you the same love that a giant wheel of cheese does.

The truth about cats

Look, I detest cats, and I still think this tweet is golden. Because it's true. Cats could not give a crap about anyone else they come across, and they spend all their days napping and grooming themselves. Truly, this is how everyone should live their life. The next one is for any fan of The Bachelorette...

What she'd do if she were the bachelorette

I don't watch the show now, but I totally would if this is what the bachelorette actually did. How funny would that be?

This tweet started out so joyous and then ended so tragically. What a whirlwind.

Ooh yeah, looking good, little monkey! How does he know his best angles and I always look like a thumb with hair in photos?

We all dip sometimes

Alyssa, breaking it down, getting real with us. That's what teamwork is all about.

It's just not fair when you make a perfectly wonderful cheese joke and the person who you thought was on your side in this whole exchange gives you nothing. Share this with a nasty woman in your life!