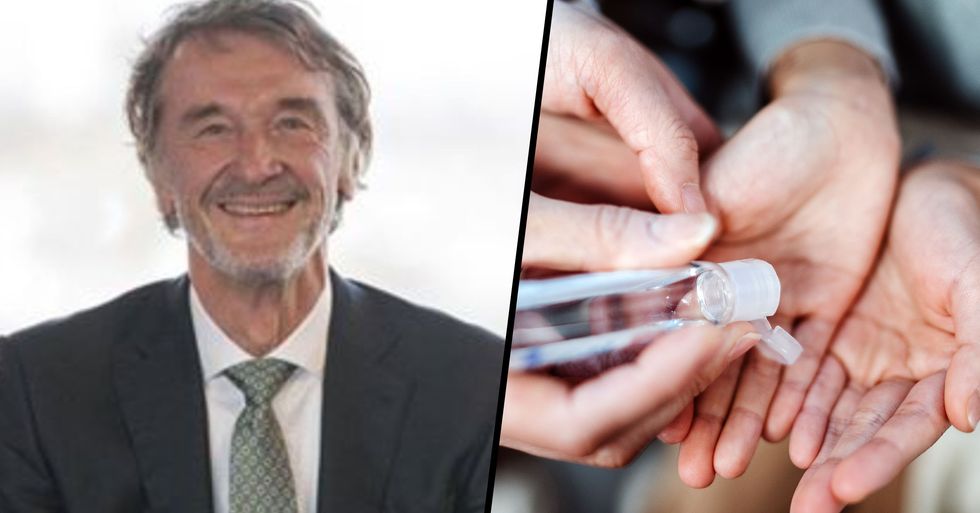 It's no lie that medical supplies have been in short supply since the outbreak, hospitals have been inundated with patients, and doctors and nurses are doing all they can to ensure people are safe and recover as quickly as possible.

But amidst the coronavirus pandemic, there have come some truly amazing stories of kindness.

Keep scrolling to read about one multi-millionaire's heartwarming gesture...

Hospitals have been running out of supplies.

This is due to the unprecedented amount of people using their services. Unless you're Jared Leto, you'll be more than aware of the COVID-19 pandemic that is sweeping our planet.

We have been bombarded left right and center with information on the virus.

We all know it's believed to have come from the consumption of wild animals in China. But regardless of where it came from, this isn't the issue anymore, what are we doing to tackle the outbreak?

And lockdowns have been set in place globally, including the likes of Italy and the United Kingdom - which was announced earlier this week by Prime Minister Boris Johnson.

But one man in the UK has made it his job to help.

Doctors and nurses who have been working around the clock now have their chance of getting their hands on these essentials.

A factory is being built to fill the need for hand sanitizers.

It will make one million bottles per month!

It's all thanks to Multi-billionaire Sir Jim Ratcliffe.

He is the driving force behind the plan to help the UK's current critical shortage by giving all the hand sanitizers to the NHS for free.

He said the factory will be up and running in just 10 days.

There are also plans to build another factory in Germany. Sir Ratcliffe explained: "We will build two factories in the UK and Germany in 10 days to produce very substantial supplies."

Sir Ratcliffe owns the chemicals company INEOS who will be carrying out this grand gesture.

He explained: "It is becoming increasingly clear that hand to mouth infection is a significant cause of Coronavirus contagion and INEOS is Europe's largest manufacturer of the core ingredient of hand sanitiser."

He wants to use his expertise in this battle against the virus.

He said: "INEOS is a company with enormous resources and manufacturing skills. If we can find other ways to help in the coronavirus battle, we are absolutely committed to playing our part."

However, the UK wasn't the first to come up with this idea.

Sir Ratcliffe's pledge comes after the multinational corporation that owns Louis Vuitton stated it would be using its perfume production line to make hand sanitizer in a bit to cope with the demand in France.

They have made it their mission to tackle the shortage.

The company said it wants to help out during this challenging time, with the ongoing shortage in France, giving all the sanitizers to hospitals and health officials for free.

The company released a statement yesterday.

LVMH continued, explaining their plan to tackle this problem.

Saying: "Through this initiative, LVMH intends to help address the risk of a lack of product in France and enable a greater number of people to continue to take the right action to protect themselves against the spread of the virus." The statement continued: "LVMH will continue to honour this commitment for as long as necessary, in connection with the French health authorities." Keep scrolling to find out what Washington is doing to halt the spread of the virus...