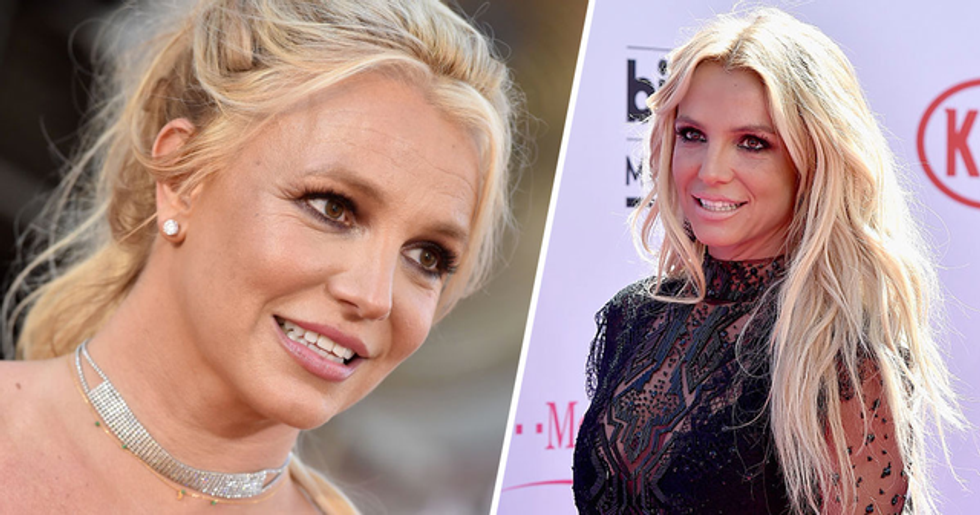 We all love a bit of Britney, don't we?

Despite her huge success, however, the pop icon hasn't always had an easy journey with fame and is sadly most remembered for her infamous meltdown in 2007, in which she publicly shaved her head and attacked paparazzi with an umbrella.

In more recent years, however, it has been great to see Britney in a seemingly much healthier mindset, and recent pictures of her on vacation in Hawaii highlight even more just how well she is doing.

After a turbulent few months dealing with family issues, the popstar has escaped to the tropical location for some much-needed r&r, and she hasn't been shy with flaunting the bikini pictures on her Instagram.

Keep scrolling to see the pictures, which have got everybody saying the same thing...

But not always for the best reasons. Britney's breakup from husband and childhood sweetheart, Justin Timberlake, was a publicly ugly one. Justin famously sold Britney out following the ugly breakup by doing an interview on 20/20 in which he revealed that he had, in fact, been intimate with Spears - even though the singer had repeatedly told the press that she planned on remaining a virgin until marriage.

And things continued to get worse for Britney.

In January 2008, Britney was seen being carried out of her house after reportedly overdosing on prescription amphetamines and locking herself in the bathroom with her youngest son, Jayden, as she refused to hand him back to Federline who had full custody of the children.

And she has since continued making huge strides forward, winning back custody of her children, making more successful music, landing a lucrative residency in Las Vegas, and having a number of healthy relationships. She is even in a happy relationship with actor boyfriend, Sam Asghari. Yes, Britney!

Britney's dad Jamie, who'd been her rock throughout all the bad times, was diagnosed with a life-threatening illness. Posting an old family photo, Britney announced that she would be cancelling some shows with the caption, "A couple of months ago, my father was hospitalized and almost died. We’re all so grateful that he came out of it alive, but he still has a long road ahead of him. I had to make the difficult decision to put my full focus and energy on my family at this time. I hope you all can understand."

However, he has now reportedly stepped down from his role.

Though he attributed his departure to health issues, Jamie's stepping aside came amid accusations that he had gotten into an altercation with Britney's teen son Sean.

Britney's ex, Federline, has accused him of abusing Sean in the past.

When will the woman catch a break?! Britney has been keeping a low profile since the drama kicked off at the start of the year, and hasn't commented on the situation.

But she has now escaped to Hawaii.

The pop star has taken herself on an exotic vacation to Hawaii to take her mind off her family troubles... She bloody deserves it, to say the least. And she shared a few cheeky photos of her lounging by the pool in her bikini, and she looks absolutely incredible.

And she looks phenomenal.

She posted the series of pictures to her Instagram...

Donning a bright yellow bikini, Britney can be seen relaxing by her private pool as the sun begins to set behind her.

After all the drama in her life, it's great to see Britney taking some time out to relax and take care of herself.

People were living for the pictures in the comments.

Her fans were quick to send her their messages of love, with one person writing, "Beautiful inside and out! You deserve it all Britney. Love you so much", and another saying "Iconic, magnificent, wonderful, amazing, impressive, extraordinary." We love you, Britney!