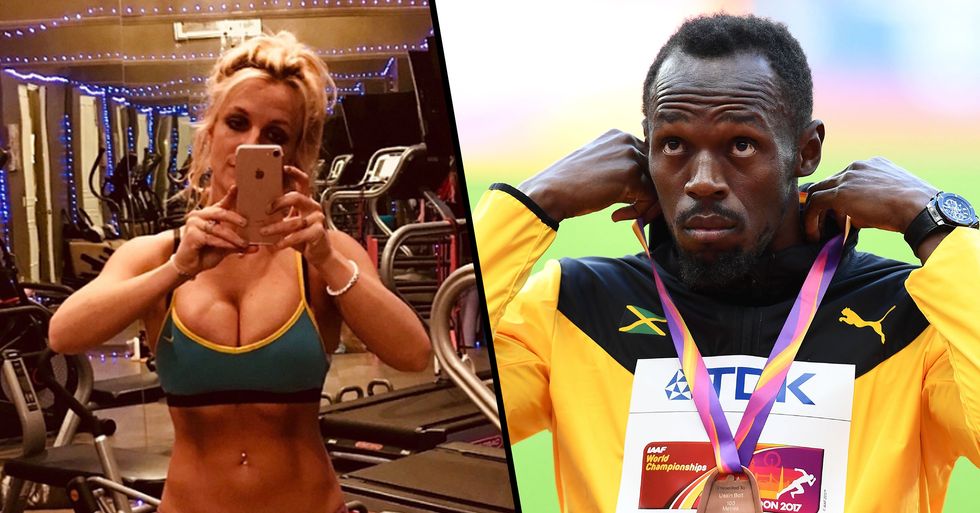 We all love a little bit of Britney, don't we?

The 90's pop-icon is looking better than ever and she has recently made an extremely bold claim about her fitness.

But not always for the best reasons. Britney's breakup from husband and childhood sweetheart, Justin Timberlake, was a publicly ugly one. Justin famously sold Britney out following the ugly breakup by doing an interview on 20/20 in which he revealed that he had, in fact, been intimate with Spears - even though the singer had repeatedly told the press that she planned on remaining a virgin until marriage.

And things continued to get worse for the young star...

In January 2008, she was seen being carried out of her house after reportedly overdosing on prescription amphetamines and locking herself in the bathroom with her youngest son, Jayden, as she refused to hand him back to Federline who had full custody of the children.

And she has since continued making huge strides forward, winning back custody of her children, making more successful music, landing a lucrative residency in Las Vegas, and having a number of healthy relationships. She is even in a happy relationship with her actor boyfriend, Sam Asghari. Yes, Britney!

Britney's dad Jamie, who'd been her rock throughout all the bad times, was diagnosed with a life-threatening illness. Posting an old family photo, Britney announced that she would be cancelling some shows with the caption, "A couple of months ago, my father was hospitalized and almost died. We’re all so grateful that he came out of it alive, but he still has a long road ahead of him. I had to make the difficult decision to put my full focus and energy on my family at this time. I hope you all can understand."

When will the woman catch a break?! Britney has been keeping a low profile since the drama kicked off at the start of last year and she hasn't commented on the situation.

But the star makes sure to keep fans updated on social media...

And she regularly posts amazing photographs of herself vacationing and spending time with family.

And she looks phenomenal.

There's clearly a reason why she looks this good...

And that's the strict fitness regime that she shares often online.

She is in amazing shape...

And it seems that she is stronger than we anticipated.

Who remembers when back in 2009, Jamaican athlete Usain Bolt set the world record for the 100-meter sprint?

He ran the race in an eye-watering 9.58 seconds. Well, it's time to forget that history-making moment as Britney has now claimed she has just beaten it.

Britney said that she had just attempted a 100-meter dash, with her first attempt being 9 seconds long and her second being 5.97 seconds long.

Now those are some impressive stats...

And, of course, not everyone was convinced by these Olympic-standard numbers.

Many fans were simply left confused.

But Britney eventually cleared up the confusion...

And it turns out it was one big joke.

Britney filmed herself trying on dresses and she said in the caption, "Obviously I was joking about running the 100-meter dash in 5.97 seconds …. the world record is held by Usain Bolt which is 9.58 seconds …. but you better believe I’m coming for the world record."

So that clears things up...

But Britney, you still got this! Make sure to keep scrolling to check out the time Kylie Jenner recreated the iconic Britney Spears and Madonna kiss...