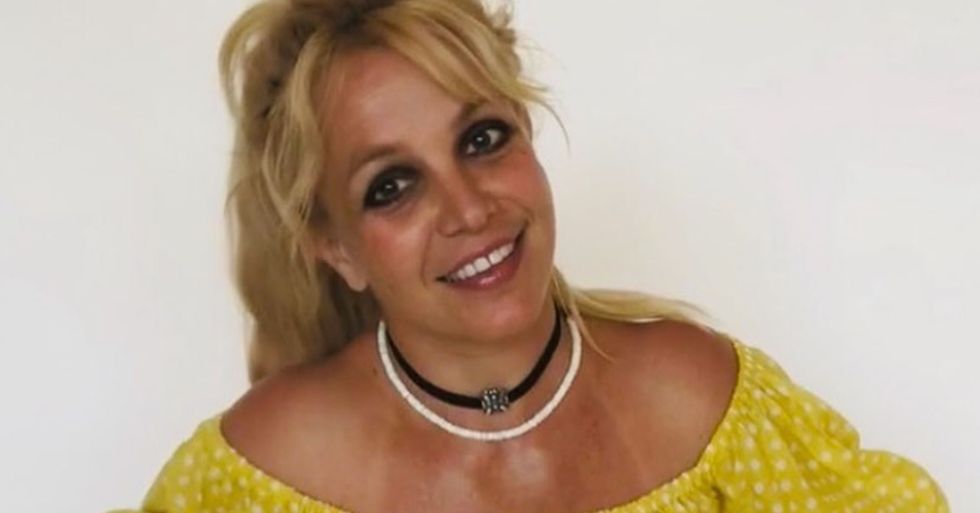 Chloe Rowland
Britney Spears has shared a picture of her dressed down to show "Instagram vs reality," but fans have noticed a worrying detail in the pics...

In a rare move, Britney Spears has attempted her own version of the "Instagram vs Reality" trend.

The star stripped back and ditched the makeup with the aim of showing that not everything you see on Instagram is reality.

And while many people were praising the star for the snaps...

It was reported last month that she no longer wants her dad to be in control of her conservatorship.

"We are now at a point where the conservatorship must be changed substantially in order to reflect the major changes in her current lifestyle and her stated wishes." But this sadly won't be an easy journey for Britney as Ingham told the court that he believes Jamie will "aggressively" contest the changes requested by his client.

Amid all the drama surrounding the court case...

The star has taken to Instagram to share a rare series of photos featuring herself dressed down in her comfiest clothes.

“Instagram versus Reality !!!!" she began the caption for the photo series. “I wanted to show you what I really look like on a daily basis 🤓 !!!!"

"I can get insecure when photos are taken of me that I’m not prepared for ….. so I have always put so much effort into my appearance … but you know sometimes it’s nice to not try so hard and pull down your walls every now and then !!!!" Spears wrote. “It takes a lot of strength to do that !!!"

But, despite being lavished with praise from fans.

The comments were filled with those who were concerned after spotting something worrying.

Check out the snaps for yourself below.

What do you think? For more on Britney, scroll on to read why she wants her conservatorship case open to the public...