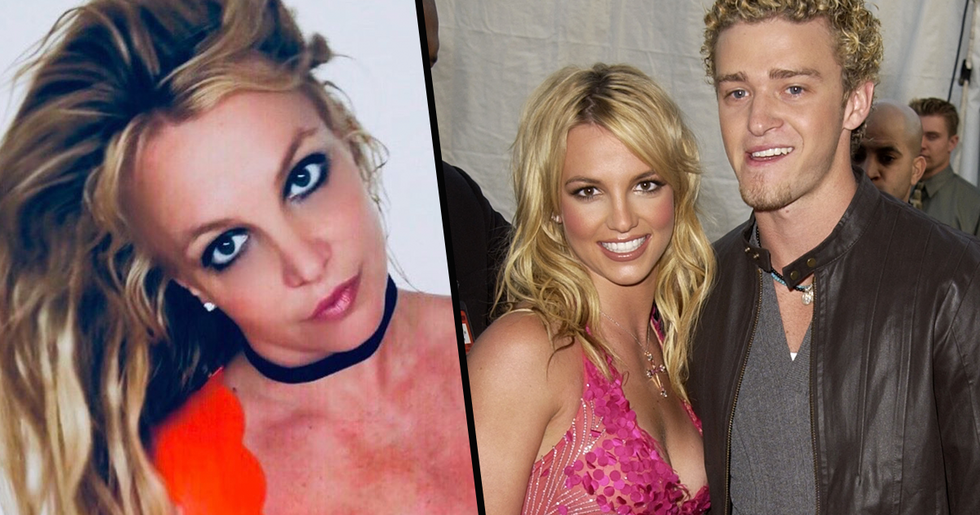 We all love a little bit of Britney, don't we?

The 90's pop-icon is looking better than ever these days, with her online presence radiating into people's lives during self-isolation. But recently, the singer has decided to address one of the toughest moments in her life in a way no one expected.

But not always for the best reasons...

Britney's breakup from husband and childhood sweetheart, Justin Timberlake, was a publicly ugly one. Justin famously sold Britney out following the ugly breakup by doing an interview on 20/20 in which he revealed that he had, in fact, been intimate with Spears - even though the singer had repeatedly told the press that she planned on remaining a virgin until marriage.

It was all a big mess at the time.

And now, remarkably, the two have spoken out about it. Keep scrolling to see what they had to say.

And as a result of their broken love, things got worse for the star...

In January 2008, she was seen being carried out of her house after reportedly overdosing on prescription amphetamines and locking herself in the bathroom with her youngest son, Jayden, as she refused to hand him back to Federline who had full custody of the children.

And she has since continued making huge strides forward, winning back custody of her children, making more successful music, landing a lucrative residency in Las Vegas, and having a number of healthy relationships. She is even in a happy relationship with her actor boyfriend, Sam Asghari.

Britney's dad Jamie, who'd been her rock throughout all the bad times, was diagnosed with a life-threatening illness. Posting an old family photo, Britney announced that she would be canceling some shows with the caption, "A couple of months ago, my father was hospitalized and almost died. We’re all so grateful that he came out of it alive, but he still has a long road ahead of him. I had to make the difficult decision to put my full focus and energy on my family at this time. I hope you all can understand."

When will the woman catch a break?! Britney has been keeping a low profile since the drama kicked off at the start of last year and she hasn't commented on the situation.

But the star makes sure to keep fans updated on social media...

And before quarantine, she used to post lots of photographs of herself vacationing and spending time with family.

So there doesn't seem to be any hard feeling between her and the people of her past. Or is there?

During self-isolation, she has been sharing some amazing snaps with us.

From fitness to fun, she really knows how to keep her fans entertained.

Remember when she claimed she beat Usain Bolt's record?

Britney filmed herself trying on dresses and she said in the caption, "Obviously I was joking about running the 100-meter dash in 5.97 seconds …. the world record is held by Usain Bolt which is 9.58 seconds …. but you better believe I’m coming for the world record." It has since been deleted.

But now, it seems as though the singer has got some strong feelings for her ex.

In a recent, shocking post, she addressed her previous relationship with Justin Timberlake and their break up, describing it as the "world's biggest 20 years ago."

It's a break up that we all truly never got over.

Trust me, girl, we're with you!

In the video, she can be seen dancing to one of her ex's biggest hits, "Filthy." She also went on to refer to JT as a "genius" for producing such a great song.

What better way to show your excitement than emojis?

It's an interaction we didn't know we needed until it happened. Thank you, Britney. Keep scrolling to see some more iconic moments by former queen of pop...