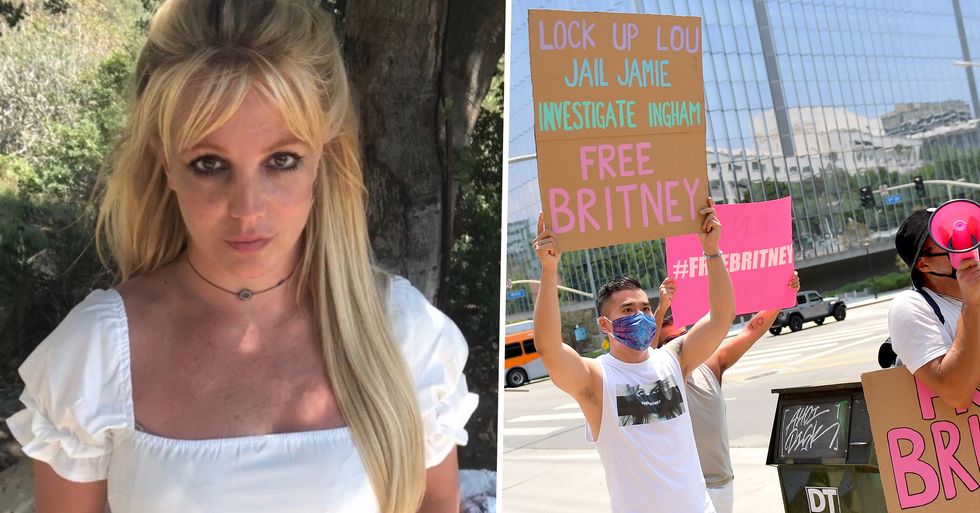 Today, there has been a huge development in Britney Spears' fight to get her independence back...

Twelve years on from her highly publicized break-down, the infamous pop star is seemingly attempting to take her life back.

Because even though it may not seem it from an outsider's perspective...

Reports have been coming in this week that suggest Britney is taking back the control over her life.

It's going to be a difficult road to freedom...

It was reported that she no longer wants her dad to be in control of her conservatorship.

And today, there's been another development.

According to TMZ, Britney's lawyers just filed documents opposing her dad's motions to seal parts of her ongoing conservatorship case.

Britney argues there are no medical issues or sensitive issues with her children to protect...

Therefore, there is no reason to keep the hearing a secret.

The lawyer reportedly said this:

"Britney herself is vehemently opposed to this effort by her father to keep her legal struggle hidden away in the closet as a family secret."

"Far from being a conspiracy theory or a 'joke' as James [Jamie] reportedly told the media, in large part this scrutiny is a reasonable and even predictable result of James' aggressive use of the sealing procedure over the years to minimize the amount of meaningful information made available to the public."

Along with the legal documents, Britney's lawyers also allegedly attached an article about the Free Britney movement.

Stating that the star is trying to get some personal autonomy back in her life.

They also say Britney "welcomes and appreciates the informed support of her many fans."

Stay posted for more updates on the case.