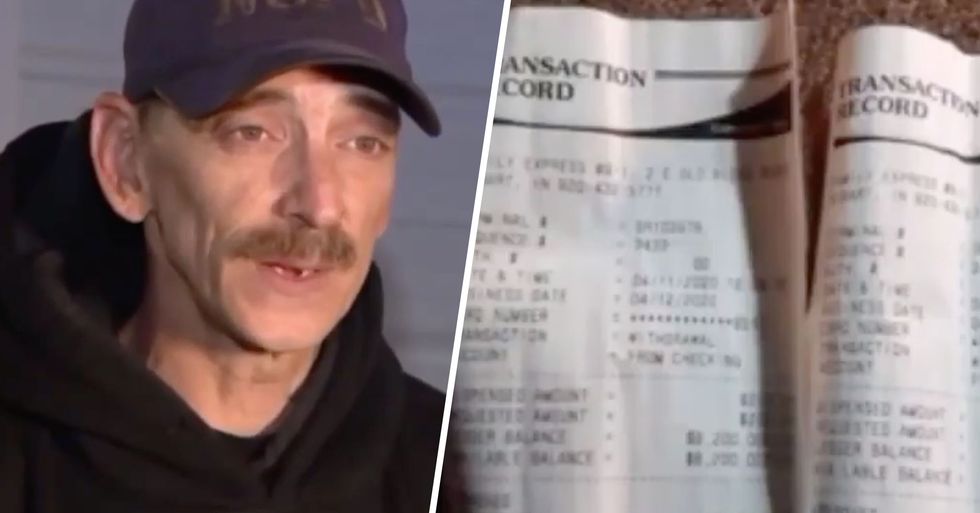 It has been three weeks since the government declared the stimulus package, and people are starting to receive it. One broke volunteer firefighter got more than he bargained for when he checked his bank balance...

But it wasn't all that it seemed to be.

So far, nearly 2 million people have been infected with the virus, and a further 120,438 have sadly passed away as a result.

And, here in the States, unemployment due to the virus is on the rise.

Tremendous pat on the back to President Donald Trump and Steve Mnuchin who are now discussing a second round of cor… https://t.co/LSTq2TRGHL
— Chris L Brown (@Chris L Brown)1586296009.0

What does this actually mean? Well...

The bill would extend $1,200 to most American adults, $500 for most children, create a $500 billion lending program for businesses, cities, and states, and a $367 billion employee retention fund for small businesses, as per the Washington Post.

It's almost been three weeks after the $2-trillion stimulus package was authorized.

On Saturday, the IRS announced in a Tweet that the process of distributing the $1,200 checks had begun.

Till Von Wachter, Professor of Economics said: “The idea is if the economy is down, people don’t have as much money in their pockets. They’re very likely to spend that stimulus check money instead of saving it, so that money is going to help the economy."

But before anyone can spend their money, it has to actually arrive in their bank.

It's left many wondering whether they will qualify for the aid package and how much money they might receive.

One firefighter was blown away when he checked if his check had gone through...

Charles Calvin, from New Chicago, Indiana, was expecting to see a payment of $1,700, just like the rest of us.

Calvin, a volunteer firefighter, couldn’t believe what he was seeing when he checked his balance at an ATM.

When he saw it, he had to double-check and then triple check to confirm it was real.

It felt like any other weekend, but he was about to receive the surprise of his life.

Calvin said: "I went to the ATM at the Family Express and once I withdrew $200 out of my account I looked at the available balance still left in my account."

He was surprised to find out, his stimulus package wasn't there...

Instead, he found $8.2 million had been deposited there instead!

But not all was as it seemed...

When he saw the $8.2 million, albeit shocked, Calvin assumed the machine was malfunctioning.

He ran his card again.

Only to find the exact same amount staring back! He said: "I ran the card again, and again. $8.2 million. I was like, 'man, something’s up with this.'"

The excitement was short-lived...

He called his bank only to be told they couldn’t see the $8.2 million in his account and it was no longer there. However, they did tell him his $1,700 stimulus payment had been deposited. At least it wasn't all bad news.

Calvin has been left wondering if it was all just a fluke.

So far, no one else has come forward about getting more than they expected. He said: "It does give you pause and make you think what’s going on." Either way, Calvin was just happy to receive the stimulus check, saying: "But hey, I guess once you’re poor you don’t have anywhere else to go but up." Scroll on to check out how an eighty-two-year-old woman is living the high life in quarantine...