'Brooklyn Nine-Nine' Has Been Renewed For Another Season | 22 Words 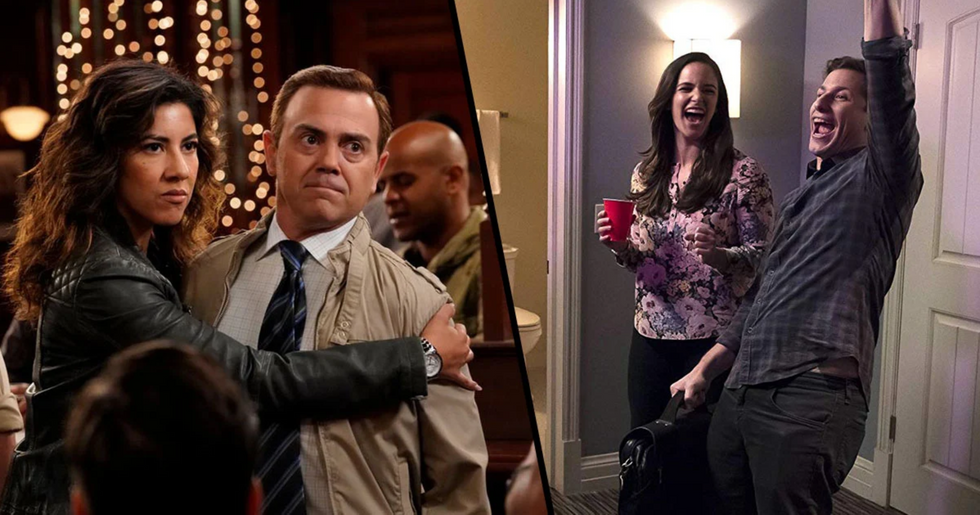 'Brooklyn Nine-Nine' Has Been Renewed For Another Season

Fans of offbeat live-action police procedural sitcom Brooklyn Nine-Nine can rejoice, as it's been confirmed that there's a seventh season in the works. Not only that but we also know when it's going to drop!

After the series was canceled by Fox after 5 seasons, many feared it would be the end of the show, but NBC immediately stepped in, releasing a sixth series earlier this year, followed by confirming a seventh in the future. And now it's been revealed that the new season WILL DROP drop, in February 2020.

In fact, the series was canceled by Fox after 5 seasons, citing low viewing figures. Luckily for fans, it was quickly picked up by NBC, where it's undergone something of a renaissance.

The now-mega star plays an at-risk kid named Steven way back in season 1 of the show, who's forced to attend a junior police program.

The comedian and actor best known for starring in King of Queens played FDNY Fire Marshal Boone for 2 episodes of the show in season 1.

Captain Holt is briefly replaced by Captain Seth Dozerman, played by Hader - although he only lasts for 1 episode.

During Holt's stint in Witness Protection, Rudolph steps in as U.S. Marshall Karen Haas in season 4.

He's perhaps most instantly recognizable for his role in Dodgeball, but Root made an appearance as Charles's dad back in series 2.

The Get Out actor made a cameo in Brooklyn Nine-Nine as Jake's dad, Roger Peralta, in seasons 2 and 3.

The Veep actor plays weekend detective at the Nine-Nine, Lohank, and has cameos in seasons 2, 3, and 4.

The New Girl star plays the same character, Jess, in a crossover episode with Brooklyn Nine-Nine in season 4.

Another star of The Office (who you may also recognize from The Hangover), Helms played obnoxious United States Postal Inspection Service agent Jack Danger in season 2.

The comedic actor had a recurring role as a love interest of Rosa's name Adrian Pimento. Their on-again, off-again relationship comes to an end in season 5.

Now you're extremely excited, aren't you? Well, how excited would you be if I told you that there is an unofficial date that people have pieced together via the clues left from season 6?

Season 6 premiered on Thursday, January 10, 2019. Remember that. According to Den of Geek, that means that season 7 of the show should be following that pattern too.

In news revealed yesterday by NBC, we learned that the first episode of Brooklyn Nine-Nine Season Seven is set to be a massively exciting hour-long special. Oh boy!

It's going to drop in February.

In the same release by NBC, they announced that Brooklyn Nine-Nine would be dropping on... wait for it.... FEBRUARY 6TH. That is if you're in the U.S.

And for our European friends?

Well to put it bluntly... we don't know. But it shouldn't be too much longer afterwards.