Brooklyn Nine-Nine Has Been Renewed for Another Season | 22 Words 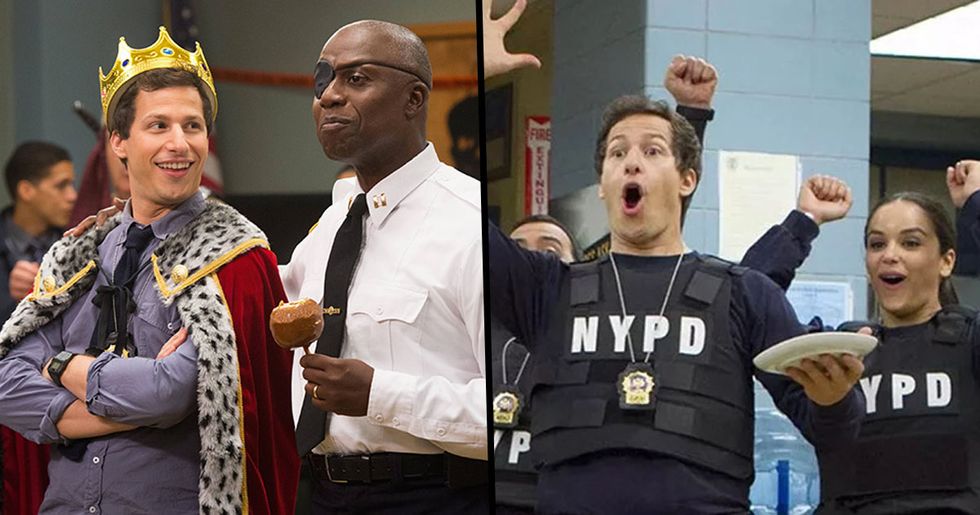 Brooklyn Nine-Nine Has Been Renewed for Another Season

We all have a favourite show. That one piece of television perfection that makes us feel comforted and happy when it comes on the small screen. But loving a TV show can definitely be a difficult thing to do, as TV shows can, and often are, cancelled without any warning. Leaving its audience and lost, broken and constantly searching for another show to fill up their spare time. Recently it was announced that everyone’s favourite cop comedy, Brooklyn Nine-Nine, had been renewed for another season. This may not sound too strange or significant, but it has taken a lot for the show to reach this point. Especially after it was already cancelled by its original channel. So this new season really is a ray of hope for fans of the beloved show.

And it is! The comedy show, created by Dan Goor and Michael Schur, tells the story of a group of quirky NYPD detectives as they navigate their comical lives.

But is It really that amazing?

Yes, because although the show may sound generic on paper, it truly has transcended everyone’s expectations.

For one thing, it’s very diverse.

The series is noteworthy for its diverse cast of characters. In fact, the show is also credited by having an openly bisexual character in its cast, paving the way for bisexual representation which is still rarely seen in mainstream media.

But the show has had some issues.

Only last year, it seemed that this show was ruling the world, and with five seasons it was doing very well. That is, until FOX decided to cancel the show due to low viewing numbers.

And the news didn’t go down well.

Fans immediately took to social media to complain about the show’s cancellation.

But they weren’t complaining long.

Only 24-hours after the cancellation, there was already news that the show would be picked up by another producer. NBC came to the rescue and happily renewed the show for an extended sixth season.

And the show has been as popular as ever.

The show has also done well at its new home, with 4 million viewers per week. An extreme uptake from the show’s final year on FOX.

And it doesn’t look like the show is going anywhere.

As NBC recently announced that the show would be renewed for a seventh season.

I’m sure the fans are happy about that!

Another whole year with these crazy characters.

And the cast are thrilled!

And the results are amazing!

Melissa Fumero wrote quite a touching tweet about the show's renewal.

He gets to keep his job another year!

And I'm sure the rest of the cast are also ecstatic about the news!

Another whole year with this lot! We really are lucky!

Are you happy to see these characters return?