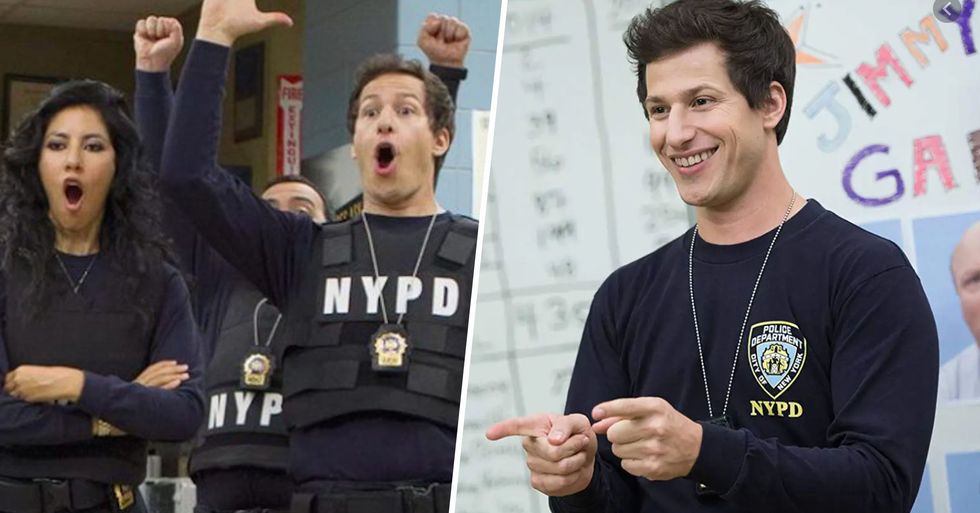 'Brooklyn Nine-Nine' Season 8 Confirmed to be Released in 2021

Fans of offbeat live-action police procedural sitcom Brooklyn Nine-Nine can rejoice, as it's been confirmed that there's an eighth season in the works. Not only that but we also know when it's going to drop!

As we looked back on what makes this hit show so great, we've noticed that the incredible cast is high up there. And, over the years, so many famous faces have starred alongside the show's regulars, you'd be forgiven for forgetting about them. But don't fear. We've got the conclusive list of Brooklyn Nine-Nine guest stars for your scrolling pleasure as well as the confirmation of the time frame for Season 8...

In fact, the series was canceled by Fox after 5 seasons, citing low viewing figures. Luckily for fans, it was quickly picked up by NBC, where it's undergone something of a renaissance.

The now-mega star plays an at-risk kid named Steven way back in season 1 of the show, who's forced to attend a junior police program.

The comedian and actor best known for starring in King of Queens played FDNY Fire Marshal Boone for 2 episodes of the show in season 1.

Captain Holt is briefly replaced by Captain Seth Dozerman, played by Hader - although he only lasts for 1 episode.

During Holt's stint in Witness Protection, Rudolph steps in as U.S. Marshall Karen Haas in season 4.

He's perhaps most instantly recognizable for his role in Dodgeball, but Root made an appearance as Charles's dad back in series 2.

The Get Out actor made a cameo in Brooklyn Nine-Nine as Jake's dad, Roger Peralta, in seasons 2 and 3.

The Veep actor plays weekend detective at the Nine-Nine, Lohank, and has cameos in seasons 2, 3, and 4.

The New Girl star plays the same character, Jess, in a crossover episode with Brooklyn Nine-Nine in season 4.

And this list doesn't even include the new stars set to make an appearance in Season 8!

Now you're extremely excited, aren't you? Well, how excited would you be if I told you that there will be a new season of the show dropping soon?

They have been pretty tight-lipped with the official release date, but at least we have something to look forward to next year.

Keep your eyes peeled for Season 8, guys. In the meantime, read about why Brooklyn Nine-Nine has recently been facing the heat.