Brothers Who Hoarded 17,700 Bottles of Hand Sanitizer Forced to Donate to Charity | 22 Words 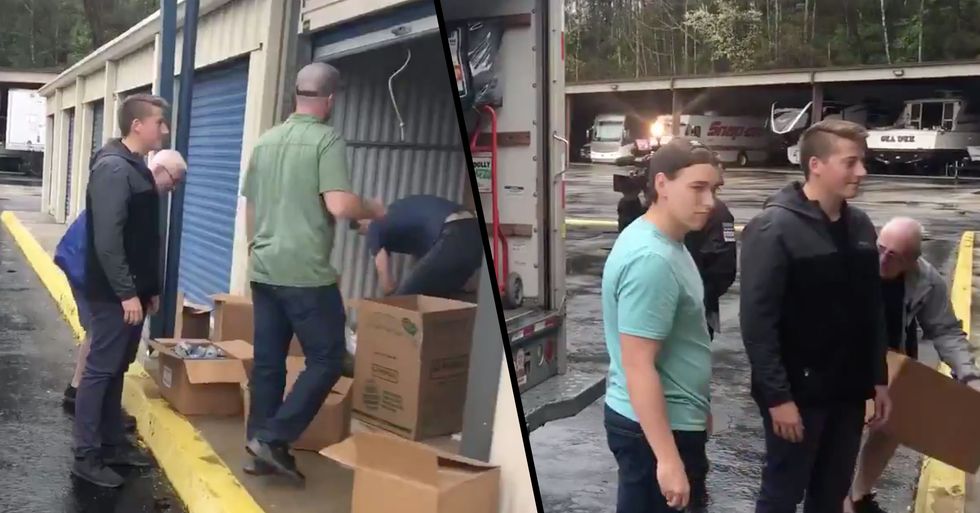 Brothers Who Hoarded 17,700 Bottles of Hand Sanitizer Forced to Donate to Charity

The virus also seems to have a serious effect on the moral compass, as it's resulting in people hoarding supplies without a second thought to their fellow neighbor.

2 brothers have done the unimaginable during this time of struggle, and Amazon is fighting back.

But that's not the only problem when it comes to the pandemic...

Two brothers thought they could make a quick buck off of the country's current situation, they have been reported to have hoarded over 17,700 bottles of hand sanitizer in order to flog them online for more money!

The brothers concocted a scheme.

According to the New York Times, Matt and Noah Colvin from Tennesee drove over 1,300 miles buying out every bottle of hand sanitizer in the stores they stopped at along the way.

Their plan was to resell on Amazon...

At an extortionate price, selling the once cheap bottles of hand sanitizer for between 8 to seventy dollars a pop!

However, Amazon hit back.

The brothers' scheme came crashing down when Amazon cracked down on the price gouging of critical supplies.

This left them with a bunch of useless stock.

Legally, civil penalties can be imposed on acts such as these when there is a state of emergency. When Attorney General Herbert H. Slatery heard about the brothers' scheme, he ordered them to give their stash to charity.

"We will not tolerate price gouging in this time of exceptional need, and we will take aggressive action to stop it. During this pandemic, we ask that you report suspicious activity to the Division of Consumer Affairs and refrain from threatening or hostile communication with individuals or businesses you may suspect are price gouging."

"This is a time where we have to focus on helping our neighbors, not profiting from them. We’re not going to tolerate selfish actions that put the health of Kentuckians at risk, and I’m grateful for Tennessee Attorney General Herbert Slatery’s partnership in bringing an end to this harmful scheme."