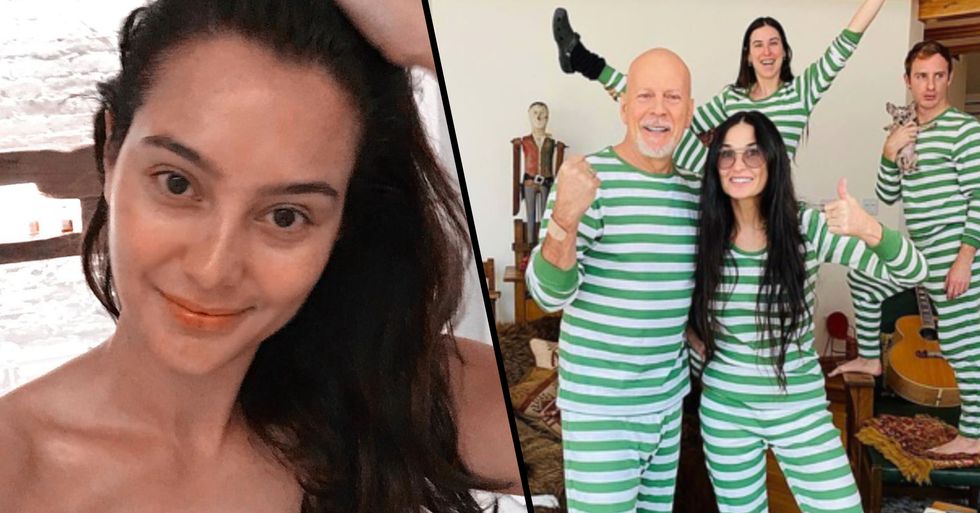 Demi Moore has had her fair share of troubles and turbulent relationships.

It has just emerged that Demi is actually quarantining with her ex, Bruce Willis, so they can each spend time with their children.

However, it's Bruce's current wife's comment that's got the whole internet talking...

But, throughout this time, Demi was also battling her own demons.

In the memoir, she revealed several heartbreaking things that left readers stunned. From the breakdown of her marriages with Bruce Willis and Ashton Kutcher to the time that she passed out at a party when she had smoked cannabis.

Throughout her life, Demi never felt like she was good enough. Not for herself, or anybody else. It seems as if it stemmed from the depths of her childhood.

In a section of the book, the actress revealed some shocking details about an event that took place when she was only fifteen...

Demi admitted that the friendship he offered made her feel "slightly uneasy," and on the day that she got home and he was just sat in her home, she never felt more uncomfortable in her life.

She later revealed that the man had abused her...

"For decades, I didn't even think of it as r*pe," but rather "something I caused, something I felt obligated to do because this man expected it from me."

Even though Demi wasn't convinced that her mother knew... it haunted her.

How could she even hand the key to their home to a man they'd only known a little while understanding the risk that he could pose to a young, vulnerable girl? "That's not what a mother does," she wrote.

We cannot imagine how difficult this must have been for Demi...

And after reading the book, many fans speculated that this perhaps could be the reason for her high number of unsuccessful marriages.

What does Bruce's current wife think of this?

It can't be easy having your husband chose to quarantine with an ex.

It seems she's supportive of the situation...

And we respect her approach to modern family life! Make sure to keep scrolling to see what Ashton Kutcher and Mila Kunis had to say about Demi's memoir...