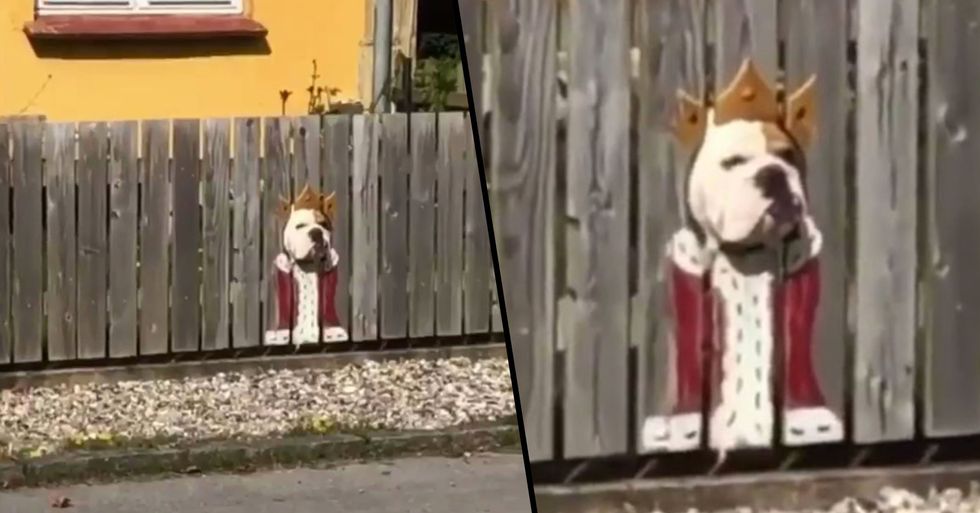 A bulldog is taking the internet by storm after his owner painted costumes on a hole in the fence.

Keep scrolling to check out the adorable video and pics...

So it's no surprise that during lockdown many dogs will be feeling sad that they can't see any of their fellow doggy friends.

But this week, one pup has been warming the hearts of the internet.

A video of an adorable bulldog has gone viral and its the sweetest thing we've ever seen. Keep scrolling to watch.

This 4-year-old English bulldog has become a social media star.

Bogart has been enjoying watching people walking down the street through the fence...

“We are living close to a walking path, so many people pass by every day, and the dogs are just so curious," the owner explained.

So, to prevent him from skipping the fence...

His owner decided to cut holes in the fence.

His owners decided to paint costumes to offer passers-by some light entertainment.

And they've certainly been a hit.

The first is a joker style costume.

This is a personal fave.

The other has a more regal vibe...

This is the best thing we've seen.

And reactions have been strong, to say the least.

It's impossible not to smile.

And many people are taking up the idea themselves.