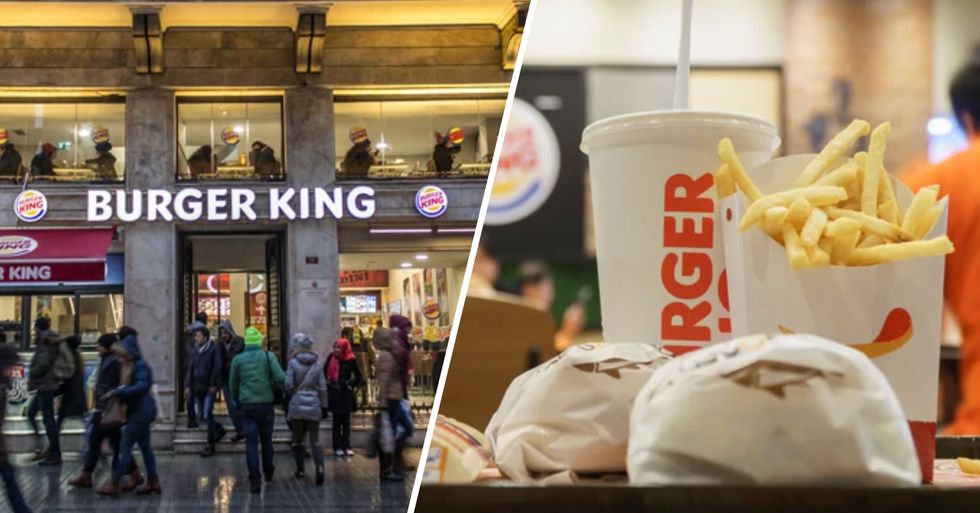 The COVID-19 pandemic has brought the world to a complete standstill.

People worldwide have been panicking and emptying supermarket shelves... which has caused families to struggle immensely.

But luckily, fast-food chain Burger King has stepped in by offering free kid's meals in response to the crisis.

Here in America, we are blessed to have a wide choice of fast-food restaurants...

And even though the competition is fierce, there is always one that comes out at the top... and that's Burger King!

Founded in Jacksonville, Florida, in 1953, Burger King has been a firm fast-food favorite for years.

And there's one thing that it's particularly famous for...

The Burger King burger is a thing of beauty - perfectly balanced flavors and textures for a uniquely tasty dining experience.

But the fast-food chain is known not only for its delicious menu...

It is also known for being family-friendly and wonderfully affordable.

There's a reason why so many families take to the chain every year...

And that's because of its convenience.

But there's no denying that times have been extremely tough recently...

And a quick visit to your local Burger King is no longer as easy as it once was.

The COVID-19 pandemic has taken the world by a storm.

In December 2019, the coronavirus was discovered in Wuhan, China, and since then it has created a pandemic - the largest we have experienced in decades.

It has spread at an alarming pace...

And it doesn't seem to be slowing down.

The entire world are now panicking...

So far, 9,386 people have died globally and a further 229,973 are currently infected, according to Worldometer.

And because of the mass panic, the shelves in supermarkets have been emptying.

People all around the world have felt the need to stockpile their groceries - which, we must say, is absolutely ridiculous - and this has left families and the elderly left with nothing.

And families shouldn't be going hungry because of the selfish individuals unnecessarily stockpiling their groceries.

Our beloved Burger King restaurants are here to help.

They are putting families into consideration...

Business Insider have reported that the fast-food giant has a new deal centered on getting free food to children impacted by the coronavirus outbreak.

Firstly, a customer must have the Burger King app...

And they will be giving away 2 kids meals with any purchase made via the Burger King app starting next week, Restaurant Brands International CEO Jose Cil told Business Insider.

Sadly, a lot of children will be left without normal meals...

"There's a tremendous impact on children, as a result of all the school closures," Cil said. "It's one of the hardest-hit groups of Americans, because they rely so significantly on school, for lunch ... Monday through Friday, for the better part of the year,"

They want to make a difference...

"We have the ability to help feed America," she went on to say.

"The challenge here is that when you're dealing with a circumstance like this if we don't utilize businesses like Burger King, Tim's and Popeyes ... It's really difficult for Americans to be fed, because it's going to be difficult for them to get all their other food and necessities from the supermarket," Cil continued.

But this is a step in the right direction...

And during these difficult times, it is unbelievably important to be there for one another. Make sure to keep scrolling to see what President Trump has to say for us Americans about the crisis...