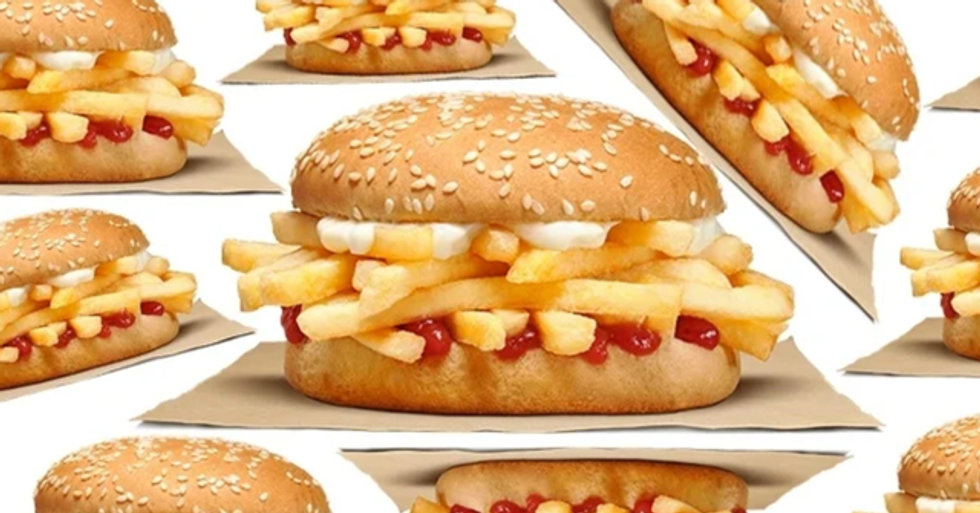 Earlier this week, Burger King made a very exciting announcement. Having conquered the complex world of the burger, the fast-food giant decided that it was time to expand their horizons. The directions that they chose to expand their range in? A burger bun filled with only French fries - and the internet doesn't know what to think.

Founded in Jacksonville, Florida, in 1953, Burger King is a firm fast-food favorite.

And there's one thing that it's particularly famous for.

The Burger King burger is a thing of beauty - perfectly balanced flavors and textures for a uniquely tasty dining experience. But, having dominated this field for decades, Burger King decided to expand its horizons.

Last year, they decided to think outside the box.

Their launch? A Burger King taco. So far, so good - everyone loves tacos, right?

The internet was pretty excited.

Burger King teased their latest launch on all their social media channels, and customers responded with enthusiasm. Many claimed that they couldn't wait to make a purchase.

And we could all see why.

The promotional pictures were a sight to behold - crispy shell, succulent meat, melted cheese, and fresh lettuce. What more could you ask for?

But it got even better.

As if these tacos didn't look tempting enough, Burger King launched them at a very intriguing price - just one dollar per shell. For that price, you'd be a fool not to, right?

Because, as people began purchasing their tacos, they posted their reviews online. And, let's just say, customers were sorely disappointed. This Instagram user described them as, "meh."

Some were less kind.

This disappointed customer gave a particularly harsh review. "Burger King Taco, stay far away in my opinion it was trash," he wrote.

And it got even worse.

Another Instagram user branded these "easily the worst tacos ever." The post encouraged prospective customers to "save your money instead."

Some of the images were a little harrowing.

This one really emphasized quite how soggy the meat was - and how chewy that made the taco shell.

Well, we bet you regret your decision now. There was not a succulent morsel of the promised tasty meat in sight!

That isn't the only complaint that people had.

..One Twitter user complained that the one bite that she managed to force down repeated on her for hours. The words "dog" and "food" spring to mind.

This user agreed with us.

That meat looked way too far removed from an animal to bring on any feelings apart from total discomfort.

If you're looking for a high-quality taco, why on Earth would Burger King be your port of call? Perhaps these disappointed customers only have themselves to blame. And these tacos aren't the only crime against fast-food out there.

Because now those crazy cats at Burger King have had another crazy idea.

And their latest hare-brained scheme has the whole internet talking.

Because, after burgers, there's something Burger King fans love almost as much...

The delicious french fry, of course! No burger would be complete without the trusty side dish.

So naturally, Burger King have decided to combine the two.

Many are not convinced by the menu item.

Bread, potato, ketchup, and mayo do not a burger make!

Many Brits are claiming this is just a twist on the "chip butty," which is basically a national treasure at this point. Want more controversial fast food items? Scroll on for the biggest fails the internet has ever seen ...