Burglars Reveal Where You Should Never Hide Your Stuff | 22 Words 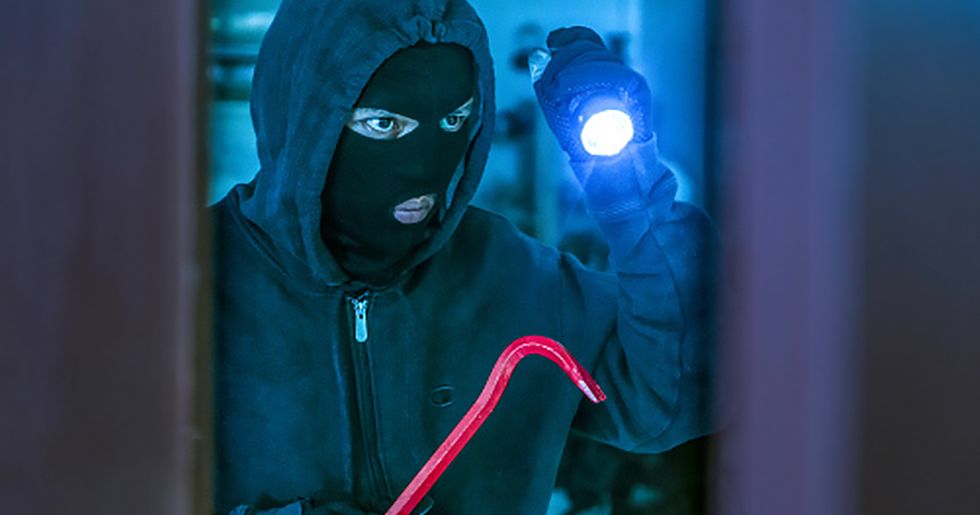 Burglars Reveal Where You Should Never Hide Your Stuff

There was an ultimately-not-that-funny storyline from Calvin & Hobbes In which Calvin's house is broken into while the family is camping. They return home to find their window, and their sense of safety and security, shattered. It was the first time a lot of kids — who really just wanted to see a precocious kid have fun with his tiger friend — had to grapple with the idea that there are bad people out there in the world who would steal from them if given the chance.

But since the internet's come about, we can humanize these people who would break into our homes to grab our jewelry and Playstation 4s. An AskReddit thread popped up recently that asked burglars where we should and should not hide our valuables in case our homes are ever broken into, and these burglars had some advice.

So if you've got an irreplaceable necklace from your grandma, or even just a Playstation 4 that has a lot of important save files, read on to find out where you should and should not stash them when you go camping...

The shed is full of burglar tools to be procured on-site.

Your shed. Seriously. LOCK YOUR SHED. Even if your house is well locked if your shed isn't I likely have access to a plethora of tools I can use to gain access. Don't help the burglar. Lock your shed. - AlphaTangoFoxtrt

They know to look in all the regular places.

Don’t keep spare key near front door. Don't keep it under a potted plant, under the door mat, on top of door frame, etcetera. - marty_arty

And regular safes are only safe from regular burglars.

Fire safes are only safe from fires. - Asylumsix

My cousin lives in a bad neighborhood, so she went to a thrift store, bought an obvious looking jewelry box and a bunch of expensive-looking costume jewelry that’s actually worthless and put it in the box. She keeps this in a conspicuous place. Then she leaves a few 20’s on top. This way if someone breaks in, they will grab this and run, ignoring some of her well-hidden valuables. - downwarddawg

I like having strangers in my living room, personally.

I used to do door-to-door sales for ADT, and people would let me in the house and just tell me where all the important stuff was before even verifying I was legit... don’t do that. - Mybigbrown

The nightstand is for Q-tips and morning pills only.

We had our apartments burgled, there were four apartments in the area. Guy kicked down the door, and apparently was in a out pretty quickly. I came home from work, cop told me, never leave valuables in your nightstand. Might have even said bottom drawer. Sure enough mine were checked, i could tell because my envelopes were moved from where i placed them. - chacham2

Sell textbooks, buy ramen noodles. It's the circle of life.

For the college kids that might read this, don't keep your textbooks in your car. On the day of my finals, I had about six textbooks I was gonna sell after my finals. I left the books in my car while I took my tests. Came back to find someone broke my window out to steal the textbooks. Cop told me that it's very common and unlikely they will catch the guy, so I was out about $700, which was huge as a college student. - zepaperclip

Gotta be smarter than the burglars.

I've seen people make false outlets for hiding valuables like cash and jewelry. Just an idea, a burglar would have to be at your home for a long time to start checking outlets. - ban_me_daddyy

Someone will be in for a surprise if they open the safe I keep in my night stand. It’s full of my kids baby teeth. - SaltyMerms

They'll think the key was jinxed. With magic.

This is a tip on potentially protecting your valuables. Bear with me because it's a bit strange: Glue a spare key (not one that opens something important) under your door mat. Weird right? A few years ago I did this in addition to installing cameras. Over the last couple of years I've seen this exact scenario play out: thief walks to the door, checks under the mat, unsuccessfully tries to grab the key, backs up, looks around to see if anyone is watching (presumably because they think they have fallen for some trap/prank where they are being surveilled), and LEAVES. They don't even search for another way in because it spooks them. - aj9811

What up, random box?

Fake rocks are a dead giveaway. Sock drawers are cliche. If you have a small safe that’s not bolted down we are taking that thing. We all have a “safe guy." Our goal is to get in and out pretty quickly. If you hide something in a random box all the way up in your attic, it’s probably safe. - theWet_Bandits

Almost all locks are crap unless you had a locksmith put in security pins, but the robbers can just take the safe and figure it out later if time is an issue. - brucekeller

If you purchase something big, like a TV or something, never leave the box near your home. The burglar would see it and know you have something valuable in there. - Azzia_hey

I'm going to keep a small safe in the living room with a giant foam middle finger inside for when the day comes. - D_I_M_E

I'm so bad with money I would've been like, "Hey, since it didn't get stolen but should have, this is a free 35k!" and bought a bunch of video games.

Had my house burglarized by a so called friend. He missed by far the most valuable thing. it’s just a safe sitting on the laundry room floor. He missed it because I’m a scumbag and had it covered with a mountain of dirty clothes and towels. So not being tidy saved me upwards of 35k. - ImAlwaysRightHanded

Most of my time is spent locking my valuables behind obtuse puzzles that only I can solve.

I'm going to look under your bed, I'm going to dump out any drawer I find. I'm checking your freezer. I'm looking under the bathroom cabinet. Think that incredibly smart hiding spot you saw in a spy movie will work? We watch spy movies too. It's really going to be a matter of security versus convenience for you. If it takes me more than a minute to get to something (and don't forget I'm more then willing to break sh*t to get to stuff), then it's not worth my trouble. I want to be out of your house in less then 15 minutes tops. - henrideveroux

But what if they steal the curtains?

Best place to hide jewelry is in the bottom hem of your curtains. Taking off a valuable ring before you shower but don't want to go all the way to your jewelry box hidey hole? Tuck them in the curtain hem. It's not a long term solution, but getting into the habit of keeping your good sh*t out of plain sight will save you on the day someone breaks in. - orangejuicenopulp

Vents aren't likely to be checked. They're inconvenient to access and not many people store valuables there. - ITaggie

Playing 4D chess with the burglars.

We had a huge safe that takes two or three people to move. They broke into my house and flipped everything all over searching, but when they found the safe, they left everything else and focused on taking that. I even had iPads and Rolex watches lying around in open. Point is, we kept the safe empty, and would only keep a few fake pieces of jewelry inside, in case there was ever a home invasion we could offer them something to take. - Joeycane27

"Look at all the stuff you can steal from me!"

Dogs are a burglar's worst nightmare.

If you really want to protect your house from people breaking and entering, all you need is a BEWARE OF DOG sign. Alarm systems aren't enough, as pretty much nobody bothers arming them. A Beware of Dog sign though, even if you don't have a dog, is a clear indication that this house is not easy prey, and the trespassers will move on. - RealBowsHaveRecurves

In order: Any desk drawer Nightstand drawer That fire save you have behind the closet door Your underwear drawer Under your bed Closet Bathroom Kitchen (above the stove and any containers on top of the cabinets.) - GlutenFreeApples

Just take pictures of a hoarder house and print them out and place them on your windows. A thief will not even bother. - Captain_Tooth

Most burglars already have enough pads/ tampons at home.

Honestly, I hide all of my valuables in pad/tampon boxes. - purpleegg5

You can't deny it, they would not look there.

You should never hide valuables under your bed or in a safe. Instead, hide them in a jar of peas. - woofhels

It's both brilliant and delicious.

I hide my vegetables in the meat drawer of my refrigerator. - spleefmaboff

Hmm... well, you are the expert... *everything I own is immediately stolen from me*

Special care should be made sure to not keep valuables in places like safe deposit boxes or banks. Burglars know that's where valuable items are kept, so that is obviously the first place they would look! Instead, you should keep everything you value right out in the open behind unlocked doors and windows. - usernameaa1

A woman tried to take my cat from the street. She picked her up and tries to walk away but kitty went bananas on her. Bet she won't be trying that again. - tygertje

Now this? This is 5D chess.

Avoid having your valuables stolen by not having any valuables. - trynumber53 Stay tuned for the story of a much cuter (cat) burglar!