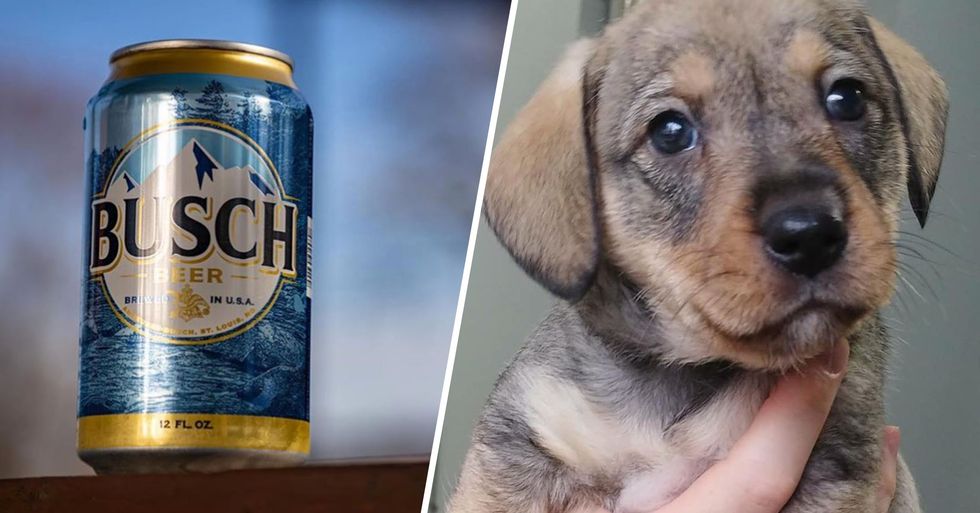 Hundreds of thousands of dogs spend the majority of their lives in and out of shelters and this is not okay.

And now that we are living through a pandemic crisis, more and more dogs are going without homes.

But it seems that some are eager for these animals to find a home, so keep scrolling to learn about Busch's incredible offer for anyone who fosters a dog during the pandemic...

And in the current climate...

Dogs waiting to be fostered or adopted are now looking at some pretty slim chances.

The COVID-19 pandemic crisis has swept over our planet at an alarming rate.

Millions have found themselves in quarantine and practicing social distancing, resorting to them being unable to leave their homes unless they are shopping for food or traveling for an emergency.

This means that people won't be visiting their local dog shelters as they normally would...

Leaving so many dogs stranded in their cages.

This pandemic shouldn't put a stop to finding these animals a forever home...

And it seems that many certainly feel this way.

Busch have come forward with a proposition.

For those who aren't aware, Anheuser-Busch is a brewing company here in America providing us with all of our beer needs.

It seems that Busch are passionate about more than just beer.

The company has just unveiled an incentive to encourage people to adopt during these difficult times.

It's a pretty irresistible offer...

From now until April 22, the beer brand will give a free 3 month supply of drinks to those who adopt or foster a dog through Midwest Animal Rescue & Services (MARS).

Busch launched this incentive as a response to numerous shelters closing due to the pandemic.

They are also donating $25,000 to MARS to help find animals loving homes across the country.

Social distancing has taken its toll...

"During these uncertain and lonelier times, people need an escape: cue the cute puppy memes and photos," said a spokesperson for Busch in a statement. "But as much as we need those cute puppy pics to help get us through social distancing, it’s actually them who need us."

Dogs are the perfect companions during these uncertain times...

"Social distancing is better with a furry friend by your side and a cold beer in your hand," they then added.

Fostering is a great alternative to adopting...

And many people who wouldn't normally have the time have been fostering dogs to keep them company during these periods of isolation.

Animals are having an equally as hard time as we humans are...

And it is so important to not leave our furry friends behind. Keep scrolling to learn about the man who sent his dog to the store to get him a bag of Cheetos during lockdown...