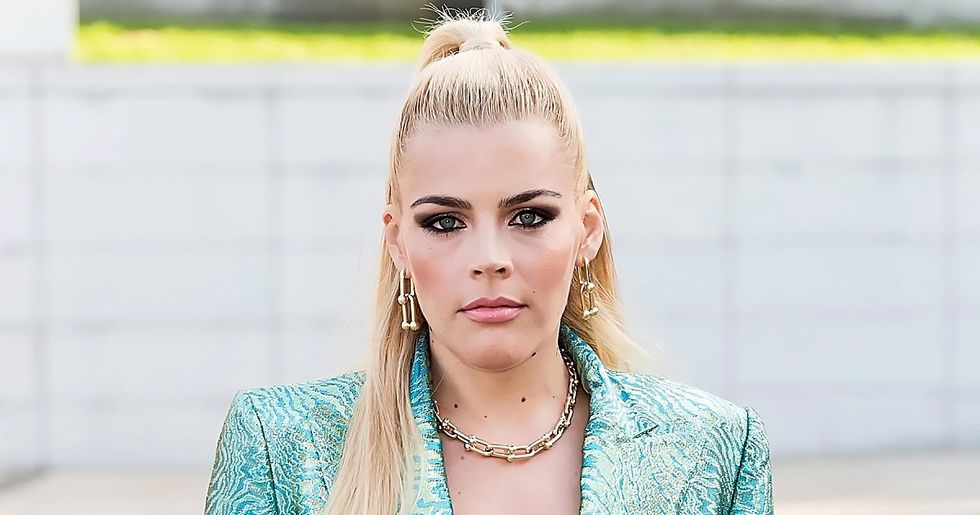 Busy Philipps Opens up About the Abortion She Had at 15

Busy Phillips is an actress that you probably know from Freaks and Geeks, but who has been making the rounds in Hollywood since 2000. She's fun, funny, and absolutely adorable. So you might be surprised to learn that on the latest episode of her show, Busy Tonight, she got personal and political.

Now you might be wondering: why would the host of an entertainment talk show decide to dive into the realm of politics? Wouldn't that just alienate viewers?

Well, Busy has the answer: after she heard about a bill banning abortion after 5 weeks, she couldn't stay silent. She had to share her personal experience of getting an abortion as a young woman to help others understand what it's really like. If you want to see how a celebrity can use their platform to articulately, passionately, and beautifully support a cause they love, then keep on reading, because Busy does it like a boss.

Busy Phillips is a familiar face around comedy circuits.

She's had walk on roles in everything from Girls to Arrested Development to Cougartown.

But her talents go beyond acting.

She's also been known to do stand-up and drop by the occasional podcast.

Her latest venture is a late night talk show.

It's called Busy Tonight and we are here for it.

Celeb gossip, the Met Gala, you know the drill.

And Busy dishes some good nuggets of wisdom in there.

Plus she's funny as heck.

What you may not know about Busy Phillips is that she's also smart as all get out.

And she's got a few things to say about Georgia's new "heartbeat bill".

It was signed into law on May 7 and has a lot of people angry.

The bill bans abortion after the point at which a doctor can detect a heartbeat.

That typically happens around 6 weeks, which just so happens to be before most people even know they're pregnant.

Not only that, but getting an abortion in just a few weeks is incredibly challenging.

From Elisabeth Smith of the Center for Reproductive Rights: "Even for women who find out they’re pregnant before six weeks, it would be nearly impossible to get an abortion before the cutoff. Georgia law requires women to visit a clinic twice before they can get an abortion, and, because Georgia law limits public and private insurance coverage of abortion, women often must save up money to pay for the procedure."

This is one of the most restrictive abortion laws in the country.

Abortion is a RIGHT. We’re suing Georgia because the only person who should have the power to decide whether you n… https://t.co/yQUINIJjGH
— ACLU (@ACLU)1557326781.0

So it's no surprise that it's getting a lot of pushback.

What may be surprising is the people who are starting that pushback.

Which brings us back to Busy.

At the beginning of Busy Tonight on Tuesday, she changed up her usual format.

Instead of a cute monologue she got serious.

She condemned the heartbeat bill and pointed out that it just makes women less safe.

“I’m telling you this because I’m genuinely really scared for women and girls all over this country," she explained. “I think we all need to be talking more and sharing our stories more."

Instead of pushback she got applause.

Especially when she said, “I know that people feel very strongly about abortion, but let me just say this: Women and their doctors are in the best position to make informed decisions about what is best for them. Nobody else. Nobody."

The whole segment is amazing (and we'll share the full video below)...

But what really got us is when she made it personal.

She started by saying “The statistic is 1 in 4 women will have an abortion before age 45. That statistic sometimes surprises people, and maybe you’re sitting there thinking, ‘I don’t know a woman who would have an abortion.’"

I spoke about my abortion on my show tonight because I can not sit idly by while women’s rights are stripped away. https://t.co/Vk4kh4ZBJq
— Busy Philipps (@Busy Philipps)1557294293.0

And then she opened up: "Well, you know me." Yes, Busy Phillips talked about her abortion on TV.

We're applauding her for her brave and articulate arguments.

Busy isn't the only one getting involved though.

The ACLU has tweeted "we'll see you in court".

Planned Parenthood is not just planning to sue...

They've made it clear they'll be campaigning to replace the lawmakers who passed the bill.

NARAL Georgia appears to be furious.

They say that the ban makes Georgia “the state with the most restrictive abortion bans on the books, driving away doctors and further worsening our already dire health care crisis is bad for business and bad for Georgia."

Both Busy and these advocates note that banning abortion just makes it more dangerous, not less prevalent.

Our state simply cannot afford to criminalize women and doctors. The #HeartbeatBill is dangerous in far too many wa… https://t.co/6A2YwvR6Mj
— Jen Jordan (@Jen Jordan)1553793715.0

“If we criminalize doctors and we criminalize women, what we’re going to see is more women die and more infants die," said Georgia state Senator Jen Jordan. “If we really care about lives and mothers and children, then we need to invest in their health care."

What seems to be missing from many of the larger conversations is the personal story.

That's why Busy's contribution is so important.

She doesn't just give us facts.

She shows us that people we know and love are the kinds of people who get abortions.

She gives us a name and a face.

And it turns out that it's not the name and face of a monster. Just a regular person.

It's scary and painful to speak out about your abortion.

And the response of some people to Busy shows why.

But the more people who do it, the more acceptable it will be.

So to all the women out there who have had one:

We are here with you. We support you.

And to lawmakers trying to control women's bodies?

We'll take Busy Phillips over you any day.

A woman's body belongs to her.