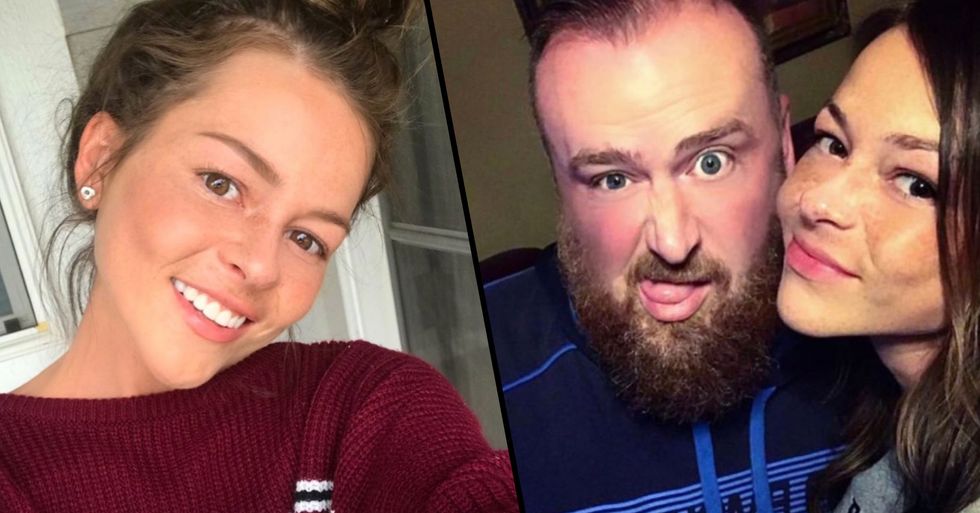 Cady Groves' Brother Slams Speculation About Her Cause of Death

Over the weekend, country singer Cady Groves tragically lost her life at the young age of thirty.

But rather than respect the privacy of her family, fans have been speculating the cause of her death, and her brother isn't happy about this.

The heartbreaking news came in yesterday that Cady Groves has passed away...

And now, her brother has been slamming the false speculation around his sister's death.

Cady was born into a very big family with 6 siblings and 3 half-siblings.

Growing up, the young woman always had a passion for music.

She would apparently sing along to her favorite songs, such as Christina Aguilera's  "Genie in a Bottle", inside her closet so her family wouldn't hear her.

Even though she graduated from high school at sixteen and spoke to her parents about her passion to pursue a songwriting career...

They didn't approve and they encouraged their daughter to go to college and study something else.

She ended up at Le Cordon Bleu College of Culinary Arts in Scottsdale, Arizona.

However, she continued to pursue songwriting as a full-time career.

The death of her twenty-eight-year-old brother spurred her ambition along even more...

And this made the young talent more determined than ever to succeed.

Initially, Cady wasn't interested in singing her own songs...

And she wanted to write songs to present to other artists. But when an artist failed to turn up to the recording studio one day in 2009, Cady had no choice but to step in and this ultimately led to her first EP, A Month of Sundays.

It was in this year when Cady started to become a recognized artist on social media and she slowly began to build a strong fanbase.

She is best recognized for certain songs...

The young woman made quite a career for herself and her talent was undeniable.

On Saturday the 2nd of May 2020, Cady Groves passed away.

Her brother, Cody Groves, was the one to announce this terrible news on Sunday.

@cadygroves has left this world. Details are limited right now but family is trying to get them and will keep peopl… https://t.co/480Ofv2YBe
— Cody Groves (@Cody Groves)1588530708.0

"Cady Groves has left this world. Details are limited right now but family is trying to get them and will keep people updated. Rest In Peace little sis. Hope you're reunited with Kelly Groves and Casey," he wrote on Twitter.

Tributes have been flooding in for the singer...

And fans are truly devastated by this loss.

Many spoke about her talent as a musician...

I’ve never worked with any songwriter who could open a vein and get vulnerable the way Cady Groves could. We wrote… https://t.co/541p8HXtPu
— Brian Logan Dales (@Brian Logan Dales)1588548316.0

And how her ability as a songwriter often went underestimated.

She touched so many lives.

This is a heart-wrenching loss.

Her fan base was bigger than many would imagine...

And so many fans around the world are now mourning her untimely death.

But many were wondering...

What caused this young woman's death?

Cody later returned with a longer post to reveal that his sister's death was determined to be a result of natural causes.

"I hate that I even have to do this, but apparently the world and internet is a cluster of twisted misinformation," he wrote in a statement posted to Twitter several hours after his initial announcement. "In my original post I had stated we had no information to try and prevent that, but to expel rumors I will provide an update. The medical examiner has completed the autopsy and there was no indication of foul play or self-harm. Simply put, Cady Groves died of natural causes."

Cady had been working on new material.

Cody also said that his sister "was really looking forward to the next few months and release of her new album" and added, "Our latest in-depth conversation (since most were witty banter) was her sending me songs to critique and give feedback on."

"She had some medical problems last fall and our best guess at this point until further testing is complete is that they had resurfaced. Please respect her name and family before sharing information that did not come directly from here," Cody continued.

Her family wishes for privacy and respect during this unimaginable time.

An official release about Cady's death also states, "Her death appears to be from natural causes, pending a final coroner’s report. Foul play and self-harm have both been ruled out by the coroner."

But clearly, the family's wish for privacy hasn't been respected...

And Cody has lashed out at fans questioning his statement about his sister's death.

Despite his clear explanation of Cady's death...

A user on social media replied to him saying, "People do not die of 'natural causes' at age 30. FYI."

He tweeted, "I didn’t say old age. Educate yourself. 'Death from natural causes might be old age, a heart attack, stroke, illness, or infection'."

@SharkFinzToo @WhiteRiverDog The problem with ignorance is it causes people to speak without due diligence of research 🤷‍♂️
— Cody Groves (@Cody Groves)1588620480.0

"The problem with ignorance is it causes people to speak without due diligence of research."

This is the last thing that Cady's family needs right now...

And our thoughts and condolences go out to them during this unimaginable time.