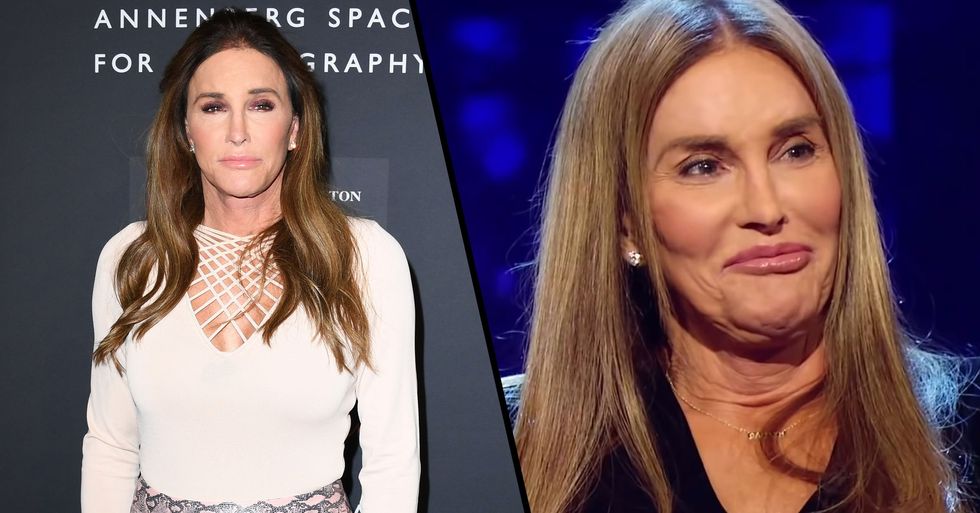 Recently, she joined a load of British celebrities on the latest version of I'm A Celebrity Get Me Out Of Here. And now it would appear she has let a HUGE secret slip...

Keep scrolling to find out what she said...

We're looking forward to seeing her in action for the next 3 weeks! Keep tuned in!

You'd expect that the Kardashian/Jenner clan would've been all over Caitlyn's entrance into I'm A Celebrity, but only after six days did Kim finally break her silence.

She tweeted about her wake up call.

Caitlyn became a legend in the jungle for her infamous wake-up call. The 70-year-old said:

And then Kim said:

I literally recorded this and set this as my alarm a few weeks ago.

She said, retweeting an I'm A Celebrity video. Of course, Rise and Shine is what Kylie Jenner sings to wake up Stormi every morning.

Fans were wondering why the Kardashians had stayed so quiet.

Many fans were curious as to of why the Kardashian's and Jenner's had stayed so quiet following Caitlyn's introduction to the jungle. However now that's been put to rest after Kim posted to her 60 million+ following on Twitter alone.

And Caitlyn also spoke about Kim.

Speaking in Australia, Caitlyn lifted the lid on Kim Kardashian's work ethic too. She said:

Kimberly never went to college. The minute she left high school she started businesses. She had her first business out of the closet. Kimberly would go into the ladies’ closets. Some of these are like 2,000 square feet – they’re huge. Beverly Hills ladies. They figure out what they want to get rid of and Kimberly has an eBay site… Kimberly sells them for them and gets 30% commission.

However Caitlyn may have let something slip.

However it isn't Kim that's got people talking... it's something Caitlyn herself has said which fans believe was accidentally revealed.

When asked how many grandchildren she has, Caitlyn responded saying:

Coming up this December I'll have 20.

But fans have been left very confused.

Caitlyn only has 16 grandchildren.

That's what everybody seems to be thinking. That Caitlyn accidentally let a big ol' cryptic clue drop that somebody is pregnant and could be giving birth VERY soon! Or... she could have just got it wrong. But that's not that fun is it?