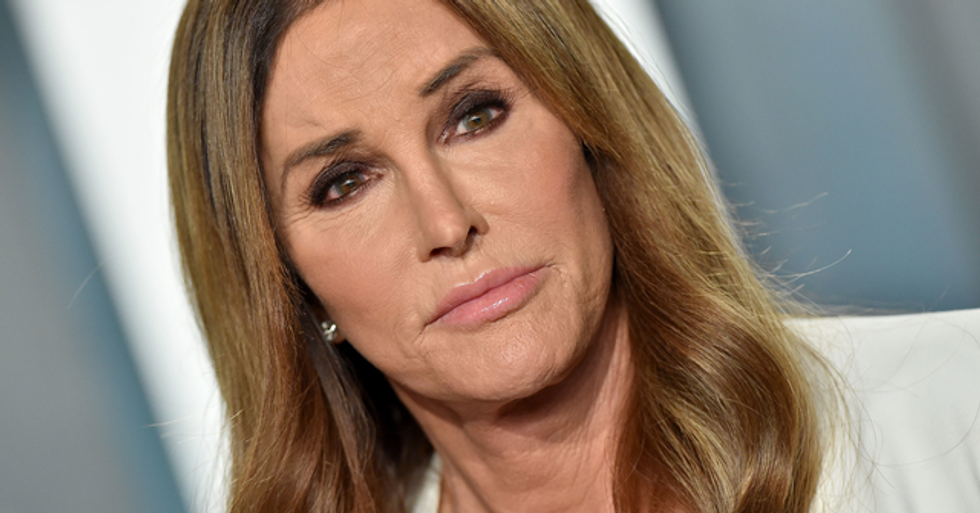 Ever since her transition back in 2015, we all can't help but have wondered... What exactly happened to Caitlyn Jenner's private parts? Grossly inappropriate, I know.

But hey, we're only human, right?

Anyway, Caitlyn has finally revealed what actually happened, you know... Down there. And she didn't hold back.

Remember? When the gold-medal-winning Olympian and partner to Kris Jenner transitioning into a woman back in 2015?

Caitlyn came into Kris' life after the death of her first husband, attorney, Robert Kardashian. She went on to have 2 children with Kris (Kendal, and Kylie) and was hastily blended as a significant father figure to all the Kardashian sisters.

So, understandably, the world was shocked when Caitlyn was born.

And, in true Kardashian-Jenner fashion, she came out on the cover of Vanity Fair. People marveled at the impressive transformation, which had completely eliminated any traces of her previous self. She underwent her final operation - the irreversible sex-reassignment surgery - in 2017, officially marking the birth of Caitlyn.

Caitlyn insists that she is now a "much nicer person."

And, to add even more fuel to the fire...

Last year, Kendall's ex-boyfriend and NBA star, Blake Griffin, decided to have his own little jibe at their damaged father-daughter relationship.

Blake took to the stage at last year's The Comedy Central Roast.

Griffin just couldn't resist squeezing that Kardashian-Jenner flannel completely dry, could he? During the Roast of Alec Baldwin, Griffin saw his opportunity and seized it... By taking to the podium to rip Caitlyn to shreds.

He began by genuinely thanking Caitlyn for her bravery with her transition, and the doors she has opened for other trans people. So far, so good, right? However, he then went on to say: "On behalf of the entire NBA and half of the rappers on the Billboard charts, I want to thank you for giving your daughters their daddy issues."

Somebody pass Caitlyn the suncream, because she just got burnt.

But, overall, Caitlyn didn't seem too fazed by the brutal roast...

And she was seen laughing and clapping on the sofa with the likes of Alec Baldwin and Robert DiNiro throughout the full ordeal.

She then took to the stage herself.

Uh oh. However, Caitlyn took to the podium and proved that she can also make fun of herself.

She made a crude comment about what happened to her private parts during her transition.

In a clip from the show, which is scheduled to air on the cable channel on Sunday, the sixty-nine-year-old joked that, in becoming Caitlyn, "I didn't cut it off. I just retired it." Yikes.

And, ever since her little joke...

We've all been wondering... Was it just a joke? What actually happened to her private parts?

Well, now she has finally confirmed what we've all been wondering...

And, in true Caitlyn fashion, it was with another crude joke.

The reality star recently made an appearance on Brendan O'Carroll's All Round To Mrs. Brown's BBC chat show...

Where the grizzly topic of her private parts quickly came back up.

When Caitlyn was saying how blessed she is to have ten children...

Mrs. Brown joked about her privates: "Jesus Christ, thank god you got rid of it."

Caitlyn then quipped in:

"I didn't actually get rid of it, I just retired it," reaffirming to her previous comment. The crowd then laughed, as Mrs. Brown made hilariously raunchy movements against the table, encouraging Caitlyn to continue: "Put it this way. I did have some really good Olympic swimmers."

You can watch the full clip here...

Though be warned, it's incredibly NSFW... For more on transgender issues, keep scrolling to read about Dwyane Wade's transgender daughter...