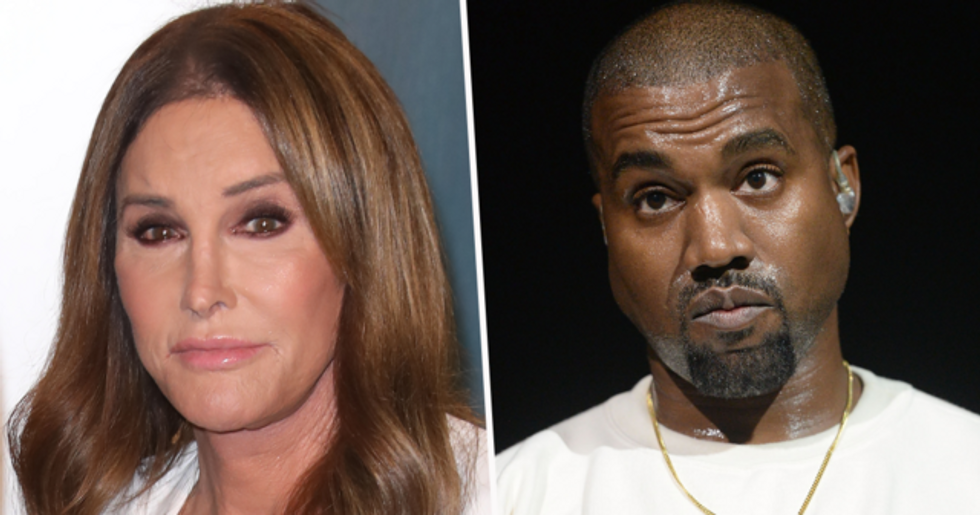 After Kanye West's highly-publicized breakdown last month, it's fair to say that the Kardashian family has been under an awful lot of strain.

And now, his in-law, Caitlyn Jenner has finally spoken out about her perspective of Kanye's shocking behavior...

But sadly, none of this was out of the ordinary for the infamous musician.

And a couple of weeks ago, he hosted his first-ever campaign rally.

He urged her "not to play with him," and also wrote that she's not allowed around his kids anymore because she tried to "lock him up."

As Kanye stays at his ranch in Wyoming, divorce rumors are rife...

And various sources have claimed that Kim has finally "had enough" of Kanye's erratic behavior and that she is "putting her kids first."

But now, amid the devastating rumors...

Caitlyn Jenner has spoken out in support of her step-son-in-law.

Where she was quizzed on Kanye's run for president and, of course, his publicized breakdown.

Firstly, she addressed the fact that she hasn't actually spoken to Kanye since his breakdown.

"Well, honestly I don’t know. Since all of this has come down, I have just kind of watched it just like everybody else," she explained. "I haven’t had a chance [to speak to him]. He is living up in Wyoming most of the time."

But Caitlyn had nothing but words of support for the troubled musician.

"I hope for the best for him. He’s a really good guy," the seventy-year-old began.

She commented on his unwavering support of her highly-publicized transition.

Lastly, Caitlyn expressed her love for the rapper.

"He’s been such a good friend. He has been extremely supportive. Kanye has got a big heart. … He’s a good person."

You can watch her full interview here.