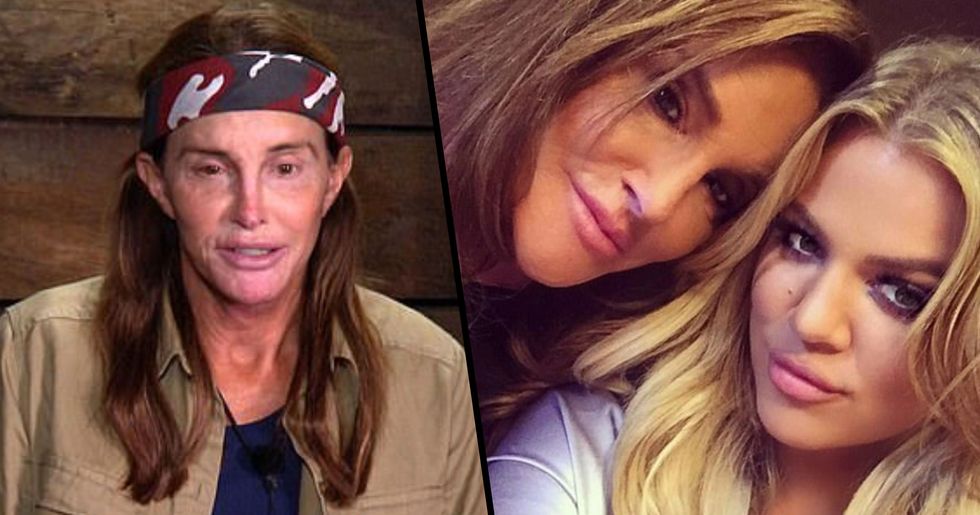 But it seems Caitlyn's time in the jungle could be causing problems for her family. While Kendall and Kylie have come under fire for seemingly ignoring her appearance, it's Caitlyn's relationship with a different Kardashian which has the whole internet talking. Keep scrolling to learn exactly what's going down between Caitlyn and Khloe.

It was a huge part of the public spectacle that is the Keeping up with the Kardashian's.

Twitter has been playing detective and despite the math not quite adding up, it's very likely that Caitlyn has gotten herself muddled up. It's nice to know that Kylie is watching her dad on the show though.

And the same goes for Kendall.

After being pretty silent about the situation, Kendall has spoken out against the haters accusing her of not supporting Caitlyn.

In fact, she seems to be her dad's biggest fan!

"Always rooting for you..."

Kendall explained that just because she's not constantly talking about it, it doesn't mean she's not offering her support. She urged everyone to "chill out."

The only thing we don't know yet is this...

Who's going to fly out to meet Caitlyn when she leaves the jungle? Kim? Kylie? Kendall? Maybe all 3? Who knows! We'll just have to wait and see.

But it's Cait's relationship with another daughter that has the internet talking.

Since Caitlyn's transition (and tell-all book) it's been no secret that relations between her and Khloe have been strained.

And now Caitlyn has spoken up.

But fans aren't too pleased with what she's said. "Khloe for some reason was pi**ed off about something through this whole process," Caitlyn claimed. "I really don’t know what her issues are."

And though people are excited about the tea...

Caitlyn finally starting to spill the tea about falling out with Khloé #ImACeleb https://t.co/axBxqmK7fP
— Clairey🌻🇮🇪 (@Clairey🌻🇮🇪)1574975605.0

Some are none-to-impressed with the way Caitlyn has portrayed her relationship with Khloe.

Because some see it as a misrepresentation of the truth.

The real reason most believe Khloe is annoyed with Caitlyn is because of her treatment of Kris - particularly in her memoir.

And now people are curious as to how this will play out.

Caitlyn's problematic treatment of Khloe on national TV surely can't go unnoticed by the Kardashians, right? We're on tenterhooks waiting for a response. Want to know more about Caitlyn's transition? Scroll on for her incredible ten-year challenge.