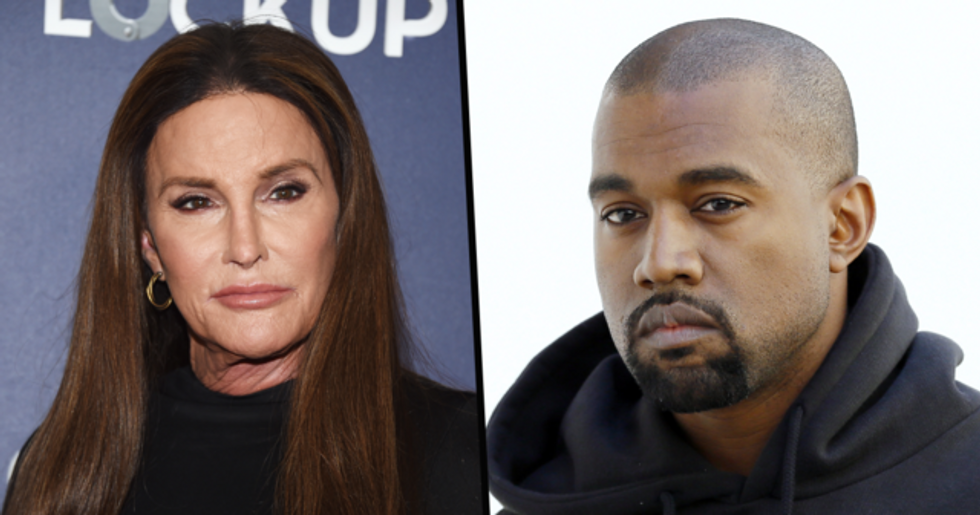 Caitlyn Jenner has opened up about Kanye West's presidency bid, and she gave some pretty exciting information regarding her role in his ambitious run...

The news was unexpected because Kanye West isn't exactly known for his politics.

Since the early 2000s, Kanye has been one of the biggest names in the music industry.

But it seems that Kim and Kanye are the real deal...

But, putting the glamor to one side, Kanye is also well known for his outspoken and complex personality.

Where do we even start when it comes to Kanye's erratic behavior?

He then announced that he had converted to Christianity...

And also announced that he had been battling with his mental health over the last few years, but he has found his saving grace through religion.

But the most recent announcement is the thing that everyone has been talking about...

And that's his presidential run.

And then, he took things to the next level.

Despite teasing the idea for years, nobody thought that he'd actually do it.

What happened to having an education and experience in politics before you could even think about being president?

Even though the notorious rapper was deadly serious, people weren't pleased with the news, at all.

And despite initially Tweeting his support, even Elon Musk has voiced his doubts.

But, Kanye has the full support of his family...

And this week, Caitlyn Jenner went the extra mile to demonstrate her support of her step-son-in-law.

Caitlyn is evidently a big fan of the idea of President Kanye West...

So much so, that she wants to get involved with politics herself.

Yep, Caitlyn has revealed her wishes to be on the ballot with Kanye.

TMZ reporters asked Caitlyn on her thoughts on Kanye's presidency bid when she was leaving a Starbucks in Westlake Village, CA.

And, when she was asked if she'd be voting for Kanye...

She casually said that she'd like to be his vice president.

What a team that would be...

Okay, it's very likely that she was joking but, judging how bizarre this year has already been, I wouldn't be surprised if she actually did it.

But, before Caitlyn signs herself up...

Kanye needs to tie a few loose ends. The rapper has already missed critical due dates in key southern swing states like South Carolina and Florida - ultimately narrowing his chances of victory.

It isn't looking good, is it?