Caitlyn Jenner and Her Partner Have 'Exciting Baby News' | 22 Words 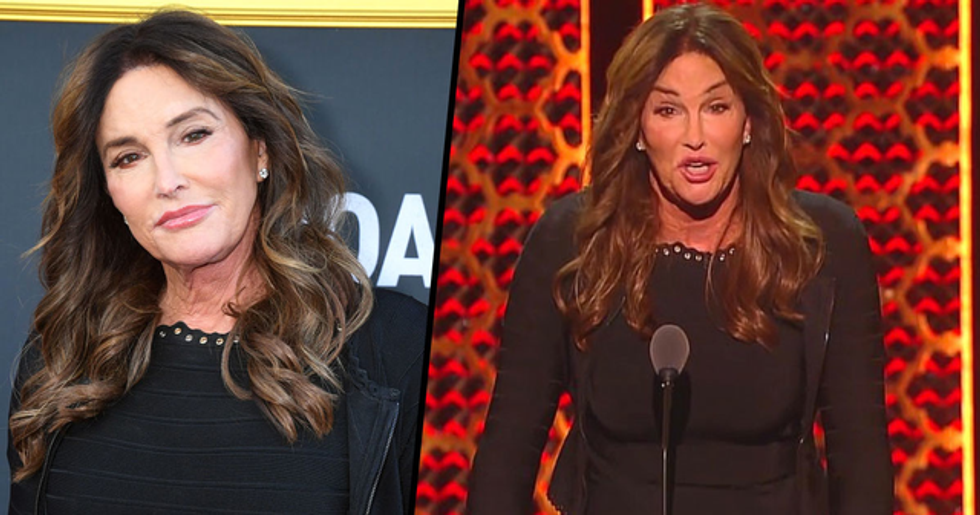 Caitlyn Jenner and Her Partner Have 'Exciting Baby News'

Who hasn't heard of Caitlyn Jenner?

In the Kardashian-crazed world that we're currently living in, it's pretty impossible to not know who Caitlyn Jenner is. We've all heard about the drama that she has brought over the years.

Caitlyn, who was formerly known as Bruce, came out as a trans woman in April 2015 and completely took the world by storm. Since then, Jenner has been an advocate for the trans community and has done work for numerous LGBTQ+ charities.

Caitlyn Jenner is one of the most famous trans women in the world.

With her frequent appearances on Keeping Up With The Kardashians, Jenner has been in the spotlight for years, and her transition into a woman in 2015 only made the spotlight that shone on her grow.

But she was born as Bruce Jenner in New York. Caitlyn had a successful career as an athlete and became the American champion in the men's decathlon event in the 1974 Olympics. She went on to win many more medals over the years in the sport and very quickly became famous here in the States.

Jenner had 2 children with Kris Jenner...

Caitlyn had been divorced twice when she met Kris Kardashian, as "Bruce," in 1991 and only 5 months later, they tied the knot. They had 2 children together, Kendall and Kylie Jenner, who are now models and businesswomen. Caitlyn also became a big part of the lives of Kris' other children, Kourtney, Kim, Khloe, and Rob Kardashian, who are now one of the wealthiest and most famous bunch in the world.

Keeping Up With The Kardashians boosted the family's fame...

Caitlyn starred on the reality show as the then-dad who was living in a madhouse of argumentative and high maintenance women and it was the laid-back attitude of the famous face that gained the star popularity.

It was in 2015 when Caitlyn Jenner really debuted her fame...

In a 20/20 interview with Dianne Sawyer in April 2015, Caitlyn openly came out as a transgender woman and discussed how she had dealt with gender dysphoria since youth. "For all intents and purposes, I'm a woman," she said finally, which truly marked her public transition into becoming a woman.

Caitlyn introduced her new self through a Vanity Fair cover...

By September 2015, her name legally became Caitlyn Marie Jenner and she underwent gender reassignment surgery in 2017, including many other cosmetic procedures such as the softening of the Adam's apple and lip fillers.

The divorce between herself and Kris wasn't a smooth ride, and when Caitlyn had nothing but negative words to say about her ex-wife in her Vanity Fair interview, this caused a divide in the family.

The family has seemed to slowly make amends with Caitlyn, with Kendall and Kylie still referring to her as "dad."

Caitlyn has been extremely busy since 2015...

Her announcement of being transgender came at an unprecedented time for trans visibility. Many had believed "Bruce Jenner" to be the last person that they would expect to be a part of the community. This was important; it taught people not to assume things about people in both their everyday lives and in the media.

Caitlyn's transition was praised and warmly welcomed worldwide, which certainly pushed aside the negative and transphobic comments that the reality star sadly received.

She has won numerous awards since coming out and becoming a Trans Rights Advocate...

In 2015, Glamour Magazine named her as one of its "25 Glamour women of the year," in which she was referred to as a "Trans Champion." She also received the Arthur Ashe Courage Award  during the 2015 ESPY Awards for the courage Caitlyn showed to "embrace a truth that has been hidden for years."

But what about her personal life?

Caitlyn has declared that she is asexual since divorcing Kris, claiming that she wasn't interested in men so decided to become asexual during her transition. However, Caitlyn began spending a lot of time with twenty-two-year-old trans woman, Sophia Hutchins - a woman forty-six-years younger than Jenner herself.

The pair have claimed to just be best friends...

It looks like things are now getting serious, though...

According to reports, the "best friends" are looking at welcoming a child into the world. Caitlyn already has 6 biological children and fourteen grandchildren, but it appears that she is feeling broody again.

Caitlyn is apparently on the hunt for a suitable surrogate...

Speaking to Closer, a source said: "Caitlyn and Sophia have spoken about starting a family together for the last year or so, and while Caitlyn’s already got ten children, she’s never had the chance to bring a child up in the role of a mother, which she’s always dreamed of doing."

The pair seem to want to experience motherhood...

The source also stated that Sophia wants to be a mom too and that they feel that bringing up a child together would be a life-changing and wonderful experience. It has been reported that Caitlyn has frozen sperm stored away, which is what would be used in surrogacy.

Walking in her step-daughter's footsteps...

Another source, speaking to Heat magazine, said that the pair were looking at using the same surrogacy agency that step-daughter, Kim Kardashian, and her husband, Kanye West, used to have their last 2 children, Chicago and Psalm.

Something that would bring the family together?

The source said: "Even though things aren't exactly rosy between the Kardashians and Caitlyn, Kim is giving them advice on how to go about everything, because she wouldn't want their family feud to affect the life of an innocent child."

"It's something they've talked about since the day they met."

"They've been auditioning surrogates while also filling out adoption papers, and exploring all the options that are open to them," the source went on to say. It is also reported that, if surrogacy fails, adoption is the next option for the pair.

Despite allegedly planning a child together...

The couple have not yet admitted to being an "official couple," and continue to insist that they're just friends. Only time will tell for the pair, but it has to be said, their relationship seems pretty real to us. We're totally obsessed with Caitlyn Jenner and the amazing work that she has done for the trans community. Did you see her clap-back at Jimmy Kimmel's transphobic jokes? You have to hear what she said! Keep reading for more on that!