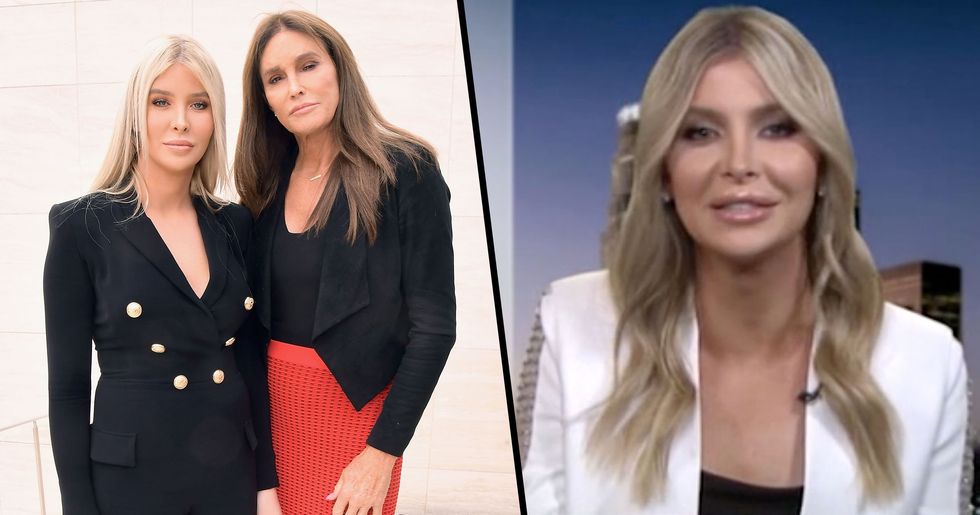 You may or may not have heard, but Caitlyn Jenner has recently, and quite bizarrely, joined a load of British celebrities on the U.K. version of I'm A Celebrity Get Me Out Of Here. Caitlyn has had a rollercoaster journey in the jungle so far, but has certainly done us proud by competing heroicly in the horrific, insect-ridden tasks that come as part of the show.

The rest of the Kardashian/Jenner clan have remained uncharacteristically silent about Caitlyn's presence in the jungle, but her partner, twenty-three-year-old Sophia Hutchins, has recently opened up about Caitlyn's time in the jungle.  However, most importantly, she finally addressed the relationship claims that the pair seem to constantly have thrown at them.

So what's the status of their so-called "partnership"? Keep scrolling to find out.

The shocking transition understandably took its toll on her daughters, Kendall and Kylie. "My dad says it herself sometimes, it's kind of like mourning the loss of someone, because it is," Kendall said in a candid interview about Caitlyn's transition. "My dad is my dad, but he’s not there physically anymore. But she lets me call her dad -- that's the last little piece of dad I've got."

Even though they have been through some pretty rough patches, the family seems to have worked things out. Well, most of them... But that's a whole other story. And of course, there's her much-speculated "partnership" with Sophia Hutchins, whom she shares a lavish Malibu home with - keep scrolling to see what Sophia has to say about the rumors.

Back in 2003, she went into the jungle, ready to tackle whatever creepy crawlies may be lurking around amongst the bushes. And now she is ready to give it a go again!

But now, someone has spoken out.

And it isn't a Kardashian or a Jenner... But it is someone incredibly close to Caitlyn. In fact, so close that the pair have been plagued with relationship rumors for over 4 years.

Caitlyn's "partner," Sophia Hutchins, has opened up about what it's like having Caitlyn in the jungle.

Twenty-three-year-old Hutchins, who lives in Malibu with Caitlyn, spoke to the British breakfast show host, Lorraine Kelly, about what it has been like to watch her partner in the jungle.

She admitted that it's been "gut-wrenching."

"It hasn't been easy to watch at all when there is someone who is across the globe you kind of feel helpless, to begin with." She told Lorraine Kelly on Friday.  But she also revealed some pretty shocking things about the pair's relationship status...

"When you throw in these challenges and she is crying, it has been gut-wrenching to watch. The producers take away everyone's phones so we don't have any way to contact her. It's tough."

And she revealed that it's extremely out of character for the olympian to cry.

She then admitted that watching her cry left her feeling "ready to get on a plane."

But most importantly, Sophia finally opened up about the pair's relationship status...

The pair live together and clearly share a tight-knit bond - leading many to question whether or not they are in a romantic relationship.

Sophia has finally spoken out...

During an appearance on Good Morning Britain, host, Piers Morgan, launched right in, by asking how she would categorize their relationship.

And her answer was pretty shocking.

"Is that the opening question?" she replied. "I think I’ve described it pretty well. At the end of the day, Caitlyn and I are family." "We’re great together in business and we have a great partnership, on the personal side as family, and on the business side, me managing her career and us supporting each other in whatever business ventures we’re involved in together."

The businesswoman insisted they were "family."

So there you have it. Though we're not sure her response will satisfy fans enough to totally put the rumors to rest. Interested in what else Caitlyn is getting up to in the jungle? Keep scrolling to read about the huge rule she's just broken...