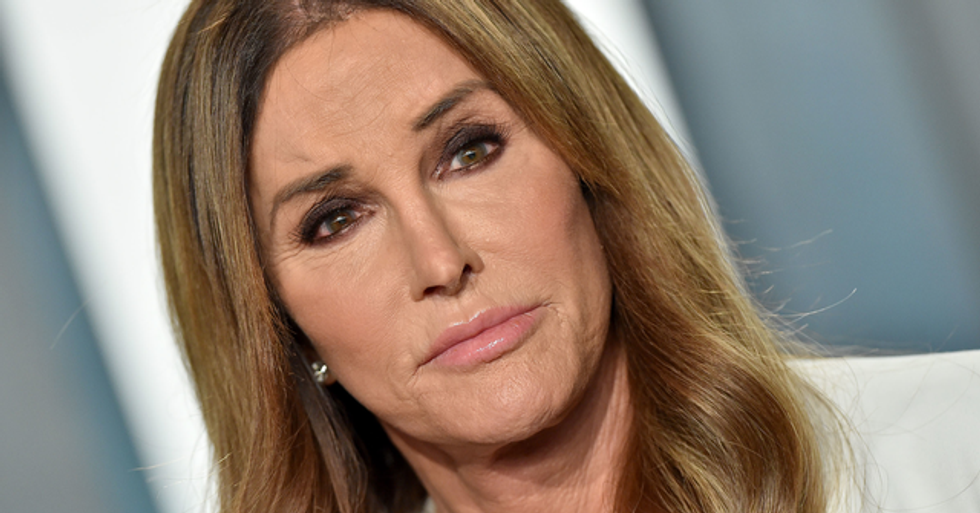 Annie Walton Doyle
Caitlyn Jenner is no stranger to a social media storm - but her latest Instagram has got the internet very excited indeed...

The Kardashian-Jenner clan are well known for being social media geniuses!

And today's news is certainly no exception.

Growing up, she had dyslexia and struggled in school but it became instantly clear that she had a talent for sports and excelled in the likes of water skiing, football, basketball and track, to name a few.

Picking up on her talent, her college track coach encouraged her to train for the Olympic decathlon...

In 1972, Jenner placed third in the Olympic trials and tenth at the Munich Games.

She went on to become one of the most beloved athletes of the '70s.

The gold medal-winning track star set a world record in the decathlon at the 1976 Summer Olympics in Montreal, scoring a staggering 8,634 points.

Following her Olympic success, she has remained well and truly in the spotlight.

Through a number of TV appearances and endorsements, Jenner remained in the public eye. From the late '70s to the early '00s, she worked on several tv series and appeared in a handful of TV movies.

But there's another thing Caitlyn is very well known for...

Keeping Up With The Kardashians, of course!

Caitlyn became a huge part Keeping up with the Kardashian's.

She came into Kris' life after the death of her first husband, Robert Kardashian. She had 2 children with Kris (Kendall, and Kylie) and was hastily blended as a significant role model to all the Kardashian sisters.

Of course, we all know about the famous Caitlyn Jenner transformation.

Jenner initially announced she would be beginning her transition back in 2015 - even launched her own reality show titled I Am Cait, chronicling her journey throughout her transition.

2 years later, in true Kardashian-Jenner fashion, she went public on the cover of Vanity Fair.

She underwent her final operation - the gender-reassignment surgery - in 2017.

Caitlyn insists that she is a nicer person than ever now she has transitioned.

When asked about sending a full airplane out just to pick up her Mom, Caitlyn explained: "I know. What I told her: 'Isn’t Caitlyn a much better friend?' Bruce, he would never send a plane. No, no, no, what a jerk the guy was, O.K., Caitlyn is like, 'Send the plane. Mom, we’re sending a plane, we’re going to go pick you up and bring you down here.'... It seems like she has a lot more friends than he ever had."

Her transition understandably took its toll on her daughters, Kendall and Kylie. "My dad says it herself sometimes, it's kind of like mourning the loss of someone, because it is," Kendall said in a candid interview about Caitlyn's transition. "My dad is my dad, but he’s not there physically anymore. But she lets me call her dad -- that's the last little piece of dad I've got."

However, it's been a few years since her transition now...

Even though they have been through some pretty rough patches, the family seems to have worked things out.

Jenner prides herself on using her celebrity status to spread a positive message of tolerance.

“If there is one thing I do know about my life, it is the power of the spotlight," Jenner said. “Sometimes it gets overwhelming, but with attention comes responsibility," she explained during her EPSY awards speech, in which she received the Arthur Ashe Award for Courage. "As a group, as athletes, how you conduct your lives, what you say, what you do, is absorbed and observed by millions of people, especially young people. I know I’m clear with my responsibility going forward, to tell my story the right way — for me, to keep learning, to do whatever I can to reshape the landscape of how trans issues are viewed, how trans people are treated. And then more broadly to promote a very simple idea: accepting people for who they are. Accepting people’s differences."

She is passionate about paving the way for trans kids.

"If you want to call me names, make jokes, doubt my intentions, go ahead because the reality is, I can take it. But for the thousands of kids out there coming to terms with being true to who they are, they shouldn’t have to take it."

In fact, the whole family is.

While Kendall is one of the biggest players in the modelling industry.

Kendall has crafted quite an impressive modeling resume...

From Vogue front covers to some of the most coveted fashion shows in the game - she's done it.

Caitlyn is clearly very proud of her girls.

And her latest Insta proves it!

She shared a snap of her and Kendall hanging out.

And pretty much sent the internet into meltdown.

People were loving it.

They do look very cute, it has to be said.

She shared this cute photo.

Both Caitlyn and Kendall are all smiles.

But everyone thought the same thing.