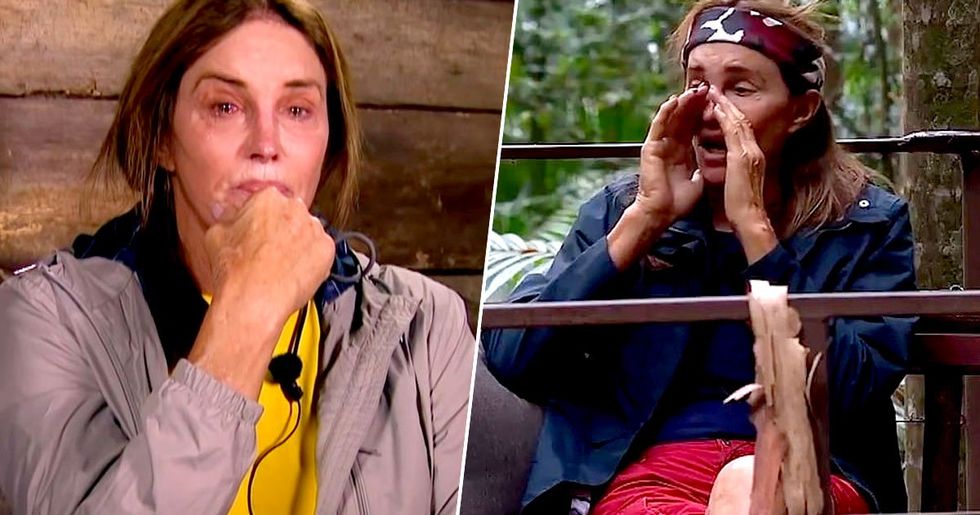 You may or may not have heard, but Caitlyn Jenner has recently, and quite bizarrely, joined a load of British celebrities on the U.K. version of I'm A Celebrity Get Me Out Of Here. Anything for a bit of publicity, right?

Anyway, Caitlyn has had a rollercoaster journey in the jungle so far but has certainly done us proud by competing heroicly in the horrific, insect-ridden tasks that come as part of the show.

However, the rest of the Kardashian/Jenner clan have so far remained uncharacteristically silent about Caitlyn's presence in the jungle, including her partner, twenty-three-year-old Sophia Hutchins... Well, until now, that is.

Sophia has finally opened up about her partner's time in the jungle, and she sounded seriously concerned... Keep scrolling to hear what she had to say.

The shocking transition understandably took its toll on her daughters, Kendall and Kylie. For the 2 girls, the birth of Caitlyn meant the loss of some elements of their dad. "My dad says it herself sometimes, it's kind of like mourning the loss of someone, because it is," Kendall said in a candid interview about Caitlyn's transition. "My dad is my dad, but he’s not there physically anymore. But she lets me call her dad -- that's the last little piece of dad I've got."

But now, someone has spoken out.

And it isn't a Kardashian or a Jenner... But it is someone incredibly close to Caitlyn.

Caitlyn's partner, Sophia Hutchins, has opened up about what it's like having Caitlyn in the jungle.

Twenty-three-year-old Hutchins, who lives in Malibu with Caitlyn, spoke to the British breakfast show host, Lorraine Kelly, about what it's been like to watch her partner in the jungle.

She admitted that it's been "gut-wrenching."

"It hasn't been easy to watch at all when there is someone who is across the globe you kind of feel helpless, to begin with." She told Lorraine Kelly on Friday.

"When you throw in these challenges and she is crying, it has been gut-wrenching to watch. The producers take away everyone's phones so we don't have any way to contact her. It's tough."

And she revealed that it's extremely out of character for the olympian to cry.

She then admitted that watching her cry left her feeling "ready to get on a plane." Here's hoping that Caitlyn can power through for the rest of the show!