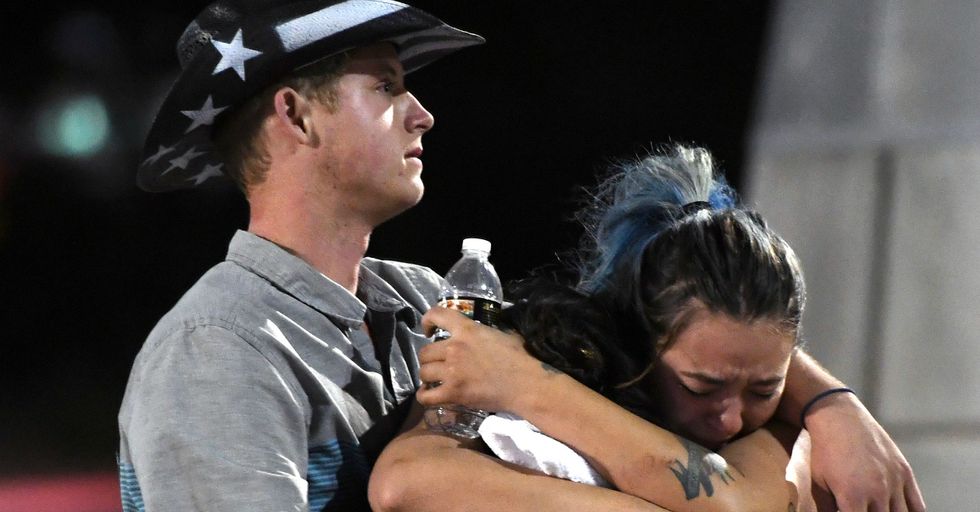 Imagine you're a life-long proponent of the Second Amendment. You believe in concealed carry. You own legally purchased firearms, and so do your friends. You're certain that "guns don't kill people, people kill people."

Now imagine believing all that, and being in the middle of the Las Vegas shooting.

This is the story of a man who believed those things and then lived through the life-altering experience of being in the eye of the storm of an mass shooting.

This man is guitarist Caleb Keeter of the Josh Abbot Band.

He and his band played the main stage at the Route 91 Harvest Festival on Sunday evening, but he returned to his hotel after the set. A few hours later, gunman Stephen Paddock began shooting. In a statement to E! News, Keeter said he "was in the Mandalay Bay on the 20th floor with [his] fiancée during the shooting just a few floors away. The band & crew were on the concert grounds and saw people get shot. Some of my crew members were hit with shrapnel, but not injured."

Keeter expressed his horror at the events, as well as his feelings of powerlessness.

"We actually have members of our crew with CHL licenses, and legal firearms on the bus," he tweeted Monday. "They were useless. We couldn't touch them for fear police might think we were part of the massacre and shoot us." He continued, saying, "Writing my parents and the love of my life a goodbye last night and a living will because I felt like I wasn't going to live through the night was enough to for me to realize that this is completely and totally out of hand. These rounds were powerful enough that my crew guys just standing in close proximity of a victim shot by this f--king coward received shrapnel wounds. We need gun control RIGHT. NOW. My biggest regret is that I stubbornly didn't realize it until my brothers on the road and myself were threatened by it." When people confronted him about the hypocrisy of only now changing his views on gun control, Keeter gracefully conceded the point. "You are all absolutely correct. I saw this for years and did nothing."