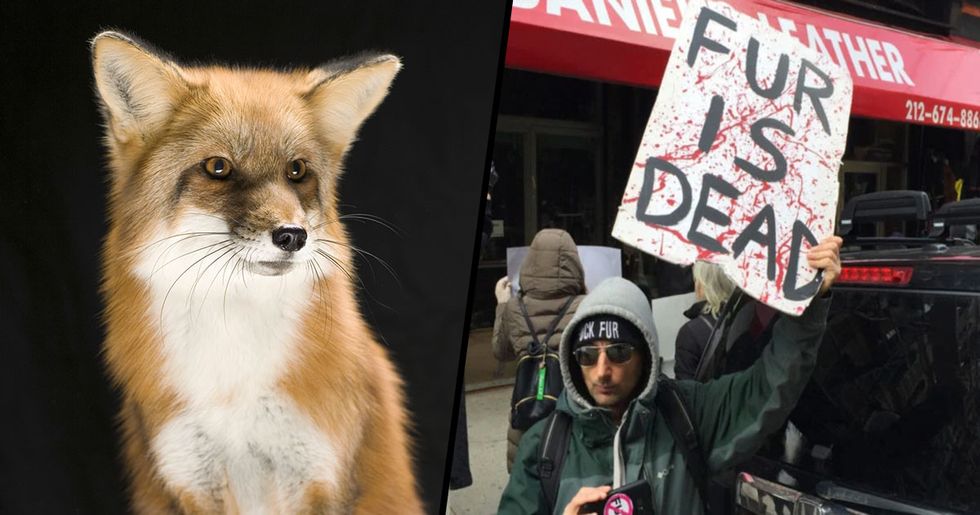 After a long battle, it's been confirmed that the state of California will ban the production and sale of any animal fur - making them the first US state to do so. The verdict was confirmed this weekend and will come into effect in 2023.

And that's not all. The new laws also affect the use of animals in circuses, too - something many have thought of as needlessly cruel.

Many animal rights activists have praised the decision - but it isn't without its detractors, either. Read on for all the details.

California has become the first state to instate a full fur ban.

This weekend, the state passed a law making all manufacture and distribution of all animal fur illegal.

It covers all California residents, and prevents the use of fur for any item of clothing, shoe, or accessory.

It follows years of protest against the trade.

Many animal welfare organizations have long contested the legality of using animals for their fur, claiming it's needlessly cruel and inhumane.

California Governor, Gavin Newsom, has spoken out in praise of the decision.

"California is a leader when it comes to animal welfare and today that leadership includes banning the sale of fur," he said.

The law extends to banning the use of animals as circus performers, too.

"We are doing more than that," Newsome continued.

"We are making a statement to the world that beautiful wild animals like bears and tigers have no place on trapeze wires or jumping through flames."

Many have praised the decision.

Eminent animal rights organizations are calling this a huge victory for their movement.

One spokesperson from the Humane Society US offered these words.

"We applaud Gov Newsom and the state's lawmakers for recognising that California citizens do not want their state's markets to contribute to the demand for fur products."

They're not the only organization to speak out.

"Today is a historic day for animals in California, including those who have been whipped into performing in circuses, or skinned alive for their fur or skin," said PETA's vice-president Tracy Reiman.

Many have a singular hope.

The fact that California has passed this law likely means there's a good chance other states will start to follow suit in the future.

Of course, the ban hasn't been without its detractors.

As you could probably expect, there have been a few fur-enthusiasts who aren't too happy about the upcoming ban.

One huge opponent has been the Fur Information Council of America.

One employee, Keith Kaplan, has claimed this is "the first step to other bans on what we wear and eat," by the "radical vegan agenda."

The law isn't that all encompassing.

Leather, cowhides, or the skin of deer, sheep or goats all remain legal - and any second-hand fur product will still be allowed to be sold.

And Newsom has decided to hit distributors where it hurts.

Anyone found breaking the new ban will be hit with a $500 fine - which can double to $1,000 for repeat offenders.

It seems as though California is moving with the times.

Many of the larger fashion houses have also made the decision to go fur-free with their future collections. Want to hear more about intense anti-vegan activism? Read on.