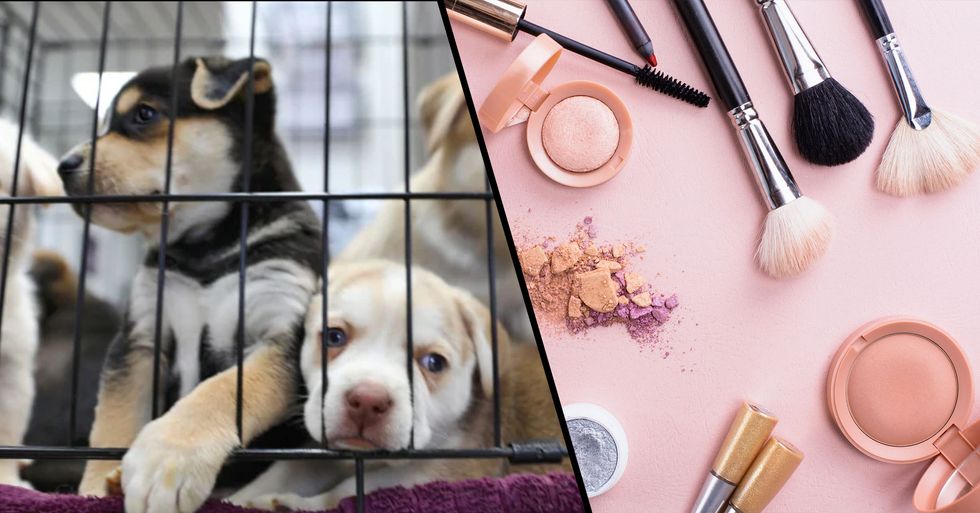 It is a heartbreaking reality that animal testing still goes on around the world, despite many efforts being made to put a complete stop to the cruel practice. Innocent animals are put through absolute hell in the name of science and it is completely unnecessary.

Many have been baffled as to how this practice was allowed to continue, but this week there's been some huge news...

Keep scrolling to learn more. This is a history-making move...

Animal testing is done in the name of research and science.

But this does not make it okay.

There are laboratories all around the world that conduct animal testing.

Animals used in these laboratories are deliberately harmed, not for their own good, and are usually killed at the end of the experiments.

These experiments are cruel and inhumane...

They often involve injecting and force-feeding animals with harmful and toxic substances, exposing them to radiation, surgically removing animals' organs and limbs, forcing them to inhale toxic gasses, and subjecting the poor creatures to frightening situations in order to induce anxiety and depression.

A wide variety of animals are used in these labs.

Different species of fish are used, but mammals such as rabbits, rats, cats, dogs, and monkeys are the most popular species in animal testing.

The majority of these poor animals spend most of their short lives in these labs.

Their lives are filled with nothing but neglect, fear, and pain. Animals are kept confined in small cages and are only given human contact when they are inflicted with horrific and painful tests and experiments.

It has been proven that testing on animals is completely useless.

PETA found that studies published in prestigious medical journals have shown time and again that animal experimentation wastes lives—both animal and human—and precious resources by trying to infect animals with diseases that they would never normally contract.

So testing products that are designed for us humans on animals is not only useless but is a cruel and unnecessary waste of time.

Testing on animals for anything is useless, never the less.

Science and research will never be an excuse to inflict suffering on innocent animals.

And the worst part?

Shockingly, pain relief isn't required in animal testing. The only U.S. law that governs the use of animals in laboratories, the Animal Welfare Act (AWA), allows animals to be burned, shocked, poisoned, isolated, starved, forcibly restrained, addicted to drugs, and brain-damaged - all without pain killers. But that's all set to change. Keep scrolling to learn more...

There are many organizations out there who work tirelessly to put an end to this practice.

Cruelty Free International is one of these organizations, and they work hard together to put an end to animal testing and cruelty worldwide.

Sometimes, it can feel like their efforts come to no avail...

Especially given the fact that so many labs across the world continue to use the barbaric practice.

But this week, there's been some huge news.

As of Jan 1, California has become the first state to ban the sale of products tested on aminals. Keep scrolling for all the details on the new law.

The California Cruelty-Free Cosmetics Act has made it illegal for any cosmetic product that has been tested on animals to be sold.

This includes perfume, makeup, skincare, haircare, and any other personal hygiene product.

The bill was first introduced in February 2018 by California Senator, Cathleen Galgiani.

And in June that year, the state passed the California Cruelty-Free Cosmetics Act bill, which was then approved in September by unanimous vote.

But this month, it finally came into effect...

"The California Cruelty-Free Cosmetics Act would save thousands of animals' lives each year while making cosmetics safer for humans,"  California Senator, Cathleen Galgiani, said in a statement.

The law doesn't just require that the product is cruelty-free...

But that each individual ingredient is free from animal testing too.

What would the punishment be for selling cosmetic products that have been tested on animals under the new law?

And for the future of beauty products?

"It states that everything that's on the shelves [and] anything new that comes to market shall be cruelty-free," explained Judie Mancuso, founder and president of the Social Compassion in Legislation, in a statement shared with WWD.

California is now following in the footsteps of many other regions who have implemented a similar ban...

The European Union banned animal-tested product sales back in 2013, for example. Other countries with the ban include Israel, India, and Norway.

This is a huge step forward for California.

Let's hope that other states follow suit. Want more news on animal rights? Keep scrolling to see what happened when a group of vegans stormed into an Italian chain restaurant and staged a protest.