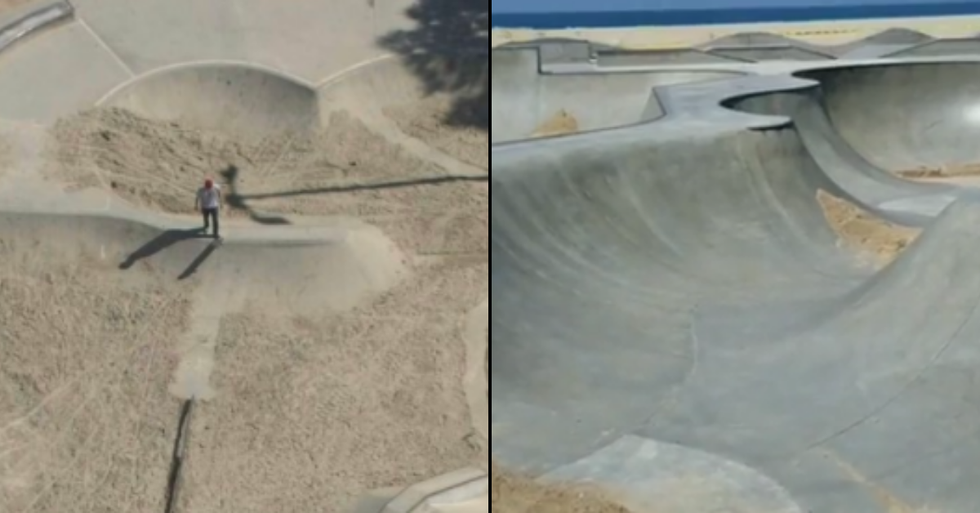 Of course, it is extremely difficult to be kept away from loved ones, but we must do so in order to protect those most vulnerable in our society. In spite of this, though, many are finding it difficult to resist the outside world. Which led to certain California officials taking some rather extreme methods ...

There was another case of quarantine breaking some found very odd.

Residents of Magangue in the northern Colombian department of Bolivar all gathered to take a look at a ceiba tree...

Although this wasn't any old tree.

Because for some mysterious reason, it looked as though an image of Jesus Christ had appeared in the trunk.

Take a look for yourself!

Journalist Rafael Rodriguez said, "Dozens of people are gathered here. They are here to see the figure of what they say or believe is the figure of Christ, they have forgotten about [the virus] and are currently here looking at this figure."

And now California officials have come up with a rather unique way to minimize this rule-breaking ...

According to CBS Los Angeles, officials have dumped 37 tons of sand into San Clemente skate park to prevent people skating.

And it looks set to continue.

Other skate parks in the area are set to follow their lead to prevent skaters from being tempted to leave their homes. And this hasn't been the only controversial move by authorities during the pandemic. Scroll on for the horrific measures one state has taken against the homeless community ...