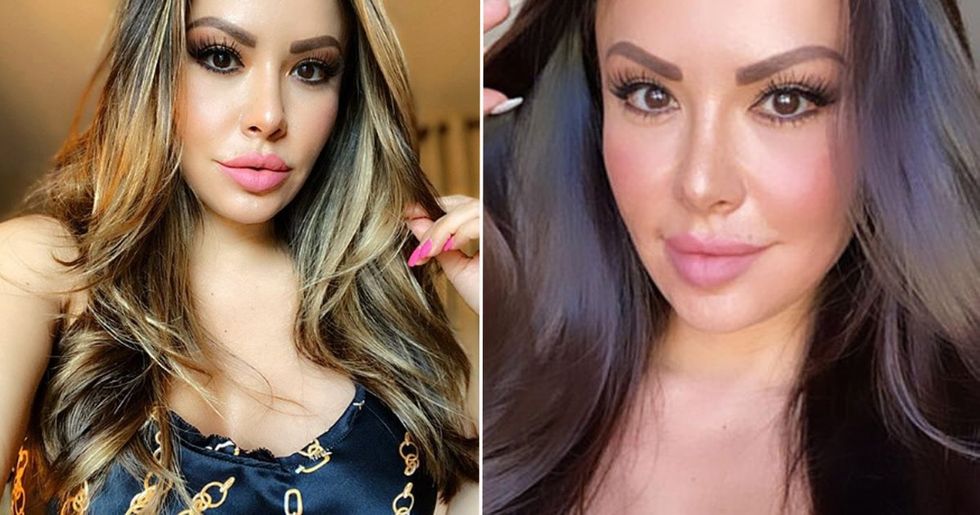 A Californian grandma has left her fans completely stunned after revealing her real age online.

But while she may look like a 21-year-old, her real age will surprise you!

Keep scrolling to find out!

And is the CEO of her own company, Meditate Goddess.

If there's one thing that's certain, it's that Alice looks absolutely incredible.

She looks about 21-years-old.

But in a recent Instagram post, she revealed her real age and, to be frank, it's unbelievable.

Her posts rack up thousands of likes.

And with her content all about staying fit and healthy, in body and mind, it's easy to see why.

People can't get enough of her.

And almost all the comments under every single post say 'beautiful', 'sexy', and 'stunning'.

And she knows it too!

Revealing recently that many men find her much more attractive than girls in their 20s.

She's proof that age is just a number.

She's had an interesting life.

After falling pregnant with her first child at just 16-years-old. And then another three years later.

Speaking about them, Alice said:

My 20s was a blur of young minded wild times and of course consumed by being a young mummy I was always on the go. Non stop. I don’t even think I had a moment to think about my life. I was in survival mode.

And her children followed suit!

With both of them becoming parents in their early 20s.

That makes Alice a grandma!

But despite the title of being a grandma, Alice refuses to let it hold her back.

She revealed her real age to inspire her followers.

She wants to help older women feel young and sexy despite their age.

She's hoping it will make other women happier.

In an interview with the Daily Star, Alice said:

I’ve posted my age via Instagram to inspire women my age that we don’t have to hide behind feeling older and people have responded in a very positive way.

I know I inspire a handful of women that get motivated, with women responding that I give them motivation.

And that's definitely what a lot of people need!

We need to learn to love our bodies regardless of our ages.

But just how old actually is she?

Well she's not in her 30s! After revealing online that her 30's was the decade in which she found herself.

Taking to Instagram, Alice revealed that she was 41 after turning 40 last year!

She did so to inspire.

She explained that she wanted 'to inspire women [her] age that we don’t have to hide behind feeling older’.

And celebrated in style.

Alice entered her 40s with a string of Las Vegas parties and partied with her daughter! Congratulations Alice!