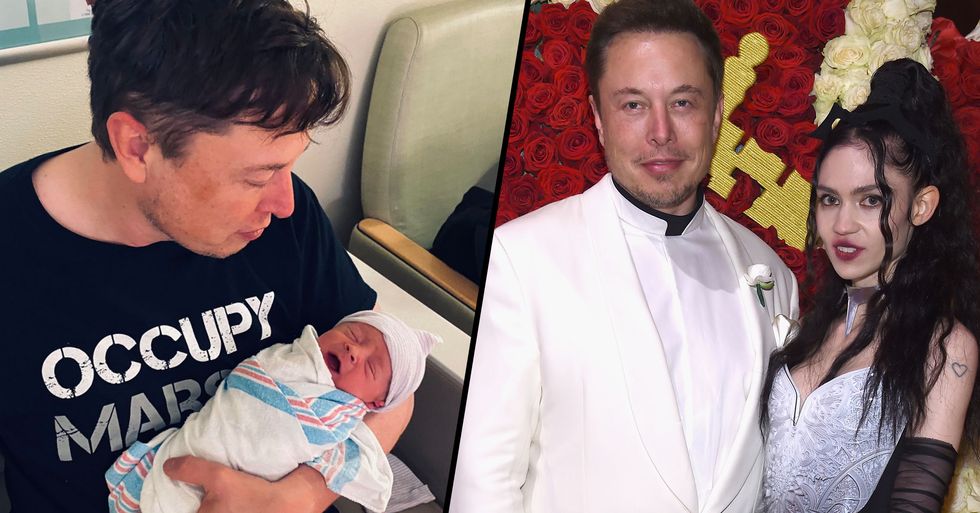 But it seems that the happy new parents may not be able to go ahead with their strange name choice thanks to Californian laws...

Elon Musk and Grimes have finally welcomed their baby into the world.

But all anybody has been able to talk (and joke) about is the baby's very unusual name, but it seems that Californian laws may put an end to this strange venture. But firstly, let's start from the beginning...

Fans couldn't wait for the arrival of the baby...

Even though an official birth date is yet to be confirmed, Grimes and Musk welcomed their baby into the world on Monday, with Musk sharing this adorable photo on Twitter in response to eager fans.

And it might not mean anything at all, but...

It's safe to say that in the last few days, the world has become obsessed with little X Æ A-12 Musk.

But it seems that there may be trouble in paradise for the new parents.

The state of California may not allow Musk and Grimes to name their child this.

A family attorney told PEOPLE that Californian law will prevent them from going forward with the name because it features things outside the alphabet.

Only words from the alphabet can be used in a baby's name...

David Glass explained, "In California, you can only use the 'twenty-six characters' of the English language in your baby name."

"Thus, you can't have numbers, Roman numerals, accents, umlauts, or other symbols or emojis. Although an apostrophe, for a name like 'O'Connor,' is acceptable," he went on to explain.

Musk and Grimes will be able to appeal if they're adamant about keeping this unusual name...

"They have an opportunity to appeal the rejection of the birth certificate application but it's unlikely that it will be granted because, again, California...has been struggling with using symbols."

Technically, the couple can actually turn X Æ A-12 into a legible name...

They can simply remove the non-alphabet letters on the birth certificate and just continue calling their child X Æ A-12.

Make sure to stay posted for updates on this bizarre story...