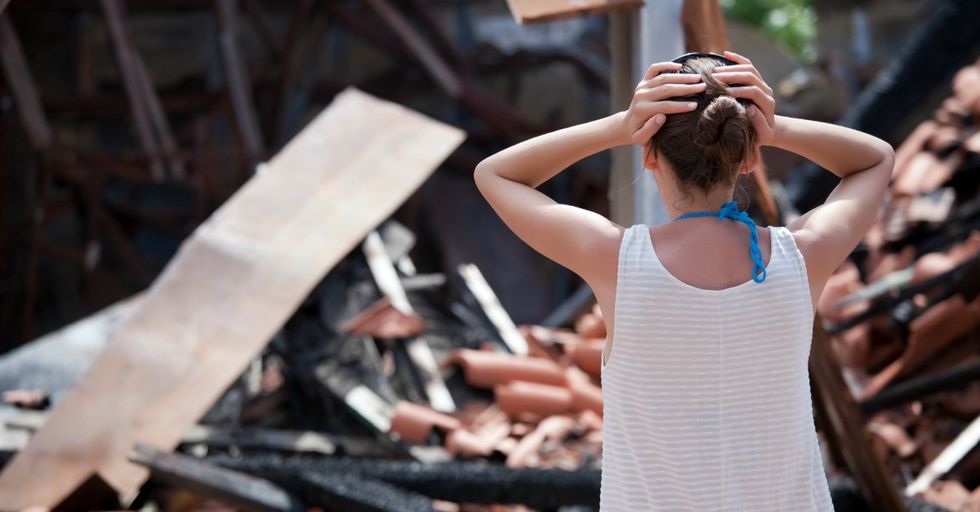 The firestorm that devastated parts of Northern California is one of the largest, deadliest natural disasters in Californian history. Spurred by hot, fast-moving diablo winds, more than 15 fires have killed at least 41 people, burned over 200,000 acres, and decimated five percent of the region's housing since October 8.

As the fires finally die down, people are seeking comfort and reassurance.

A little bit of just that came from the most unexpected place.

On Saturday, Twitter user @allenmyoung tweeted a photo of an item found at the wreckage of his friend's childhood home.

It was a strip from Calvin and Hobbes, the comic that followed the adventures of Calvin, a highly intelligent six-year-old boy with a ridiculously complex vocabulary, and his stuffed tiger Hobbes.

From 1985 to 1995, Calvin and Hobbes ran in newspapers across America.

Each strip documented the duo's philosophical discussions about everything from the environment to opinion polls.

The strip that @allenmyoung found focused on taking care of the environment — a timely concern, considering the effect that global warming and California's drought had on the fires.

The remaining page of a Calvin and Hobbes book found at the former house of Nuccio Ferlito, my buddy Dan’s father.… https://t.co/DMvi6n1Nvi
— Allen Young (@Allen Young)1508037209.0

That, however, wasn't the most striking thing about it. All but the last cell of the comic had burned, and the piece that's still intact shows just a few poignant words — "I'm with you."

Those were necessary words. And turns out the comic strip wasn't the only literary victim of the fire.

The home of the late Peanuts creator Charles Shulz, where his widow Jean lived, was destroyed in the blaze. Most of his memorabilia, thankfully, was housed at the Charles M. Shulz Museum and Research Center, which survived the blaze. To find out more about how you can help survivors of the fires, click here.