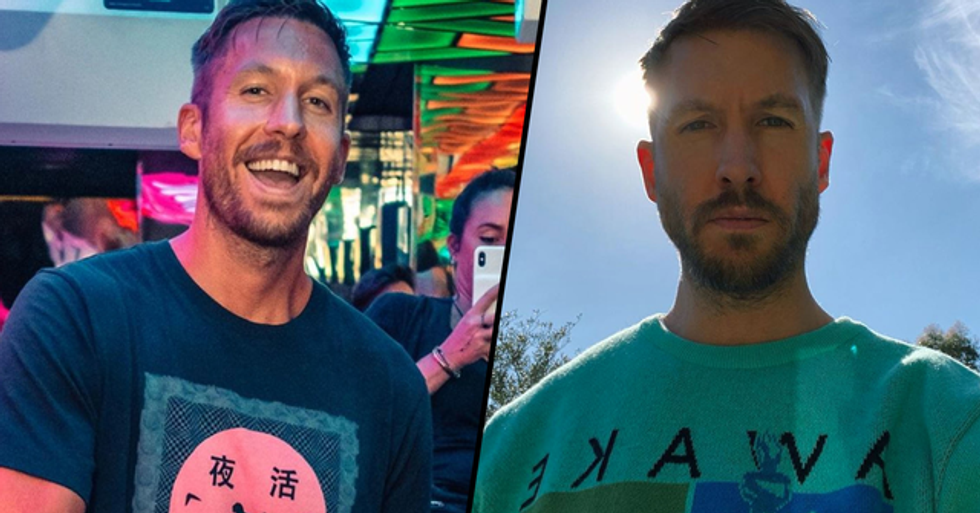 But now Harris has opened up about a terrifying health struggle he faced way back in 2014 ...

Calvin Harris and The 1975 famously dominated the 2019 Brit awards

That night, Calvin Harris was on top of the world.

Calvin Harris is one of the most-paid DJs in the world.

He made close to fifty million dollars last year, and collaborated with plenty of music industry A-listers, including Katy Perry, Ariana Grande, and Rihanna.

For a while, though, he was lacking award-show success.

Calvin had been nominated for a BRIT 14 times before a win. His bad luck turned around when he claimed Best British Producer and Best British Single for his collab song with Dua Lipa, "One Kiss."

He was presented by Jack Whitehall, and followed Dua Lipa, Sam Smith, and Rag’n’Bone Man's performance.

In 2018, Dua Lipa won a Brit for Best British Female Artist and Best Breakthrough Artist. "One Kiss" only proved she deserved the titles.

These included "One Kiss," of course.

Even though he won a Brit for his production talents, he's actually a songwriter and performer too.

For the Brit Awards performance, The Sun reports he spent over $100,000 on the dancing animals alone.

He wanted to have a dancing crab and a dragon (similar to those in the "One Kiss" music video) on-stage that night, even though he was only going to spend around 4 minutes up there.

Their performance also had "snow, raining rose petals, a forest, 100 dancers, a giant glitter ball, a mountain and pyrotechnics." It's as if Calvin knew he would win.

And one thing shocked viewers and fans that night.

Some folk wish for money, fame or world peace I wish for a transformation like Calvin Harris https://t.co/MHz77gnHMM
— Gareth Waugh (@Gareth Waugh)1550698849.0

Calvin Harris is one of those mysteriously impossible and shockingly incredible celebrity transformation cases.

"Here I am convinced Calvin Harris has been taken away by the Illuminati & replaced with who ever the fuck this massively handsome guy is."

"No chance that’s the same person in both pictures, they’ve not even got the same ears."

"Can we all just agree that at some point Calvin Harris has died and been replaced by someone completely different."

Well, it turns out this isn't so far from the truth!

Because Harris has revealed something very shocking on Twitter.

And fans are blown away.

It was the time in which his music was absolutely dominating the charts.

But behind closed doors ...

Things weren't looking quite so healthy for the star.

Claiming back when he was performing some of his biggest hits, he'd also had his heart restarted in the ER.

How has nobody ever heard about this before?

Success coming at a cost!

But the overriding reaction?

We need more info! Want more from Calvin? Scroll on for the shock that many had about his accent ...