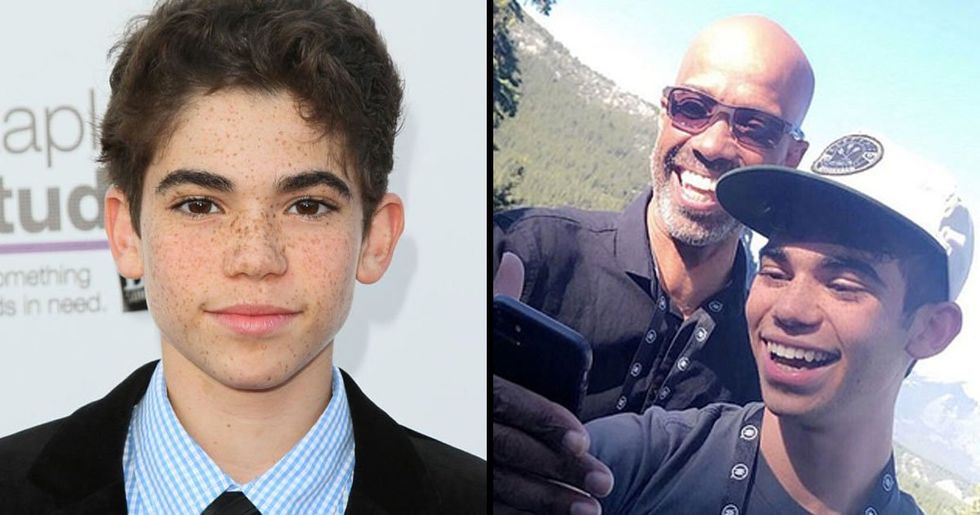 Cameron Boyce was one of a kind and made an astounding impact on both the world and the people that he interacted with in his life.

The story only gets sadder with this new post from his father...

What hurts the most is the fact that the photo that he shared was taken only a few hours before the actor's unexpected death.

It's a cute picture of Cameron, snapped as the two enjoyed each other's company.

The Disney star looks happy, with a cheeky smirk playing on his lips as he stares into the camera.

The caption contains a heartfelt message from Victor Boyce himself.

He wrote: "My son. Just hours before he was snatched from our lives. I miss him terribly. I hope that no one ever has to feel the agony I’m feeling but no one is immune to tragedy."

He also thanked fans and supporters who have been kind to the family in this difficult time.

“The outpouring of love and support our family continues to receive is so beautiful and appreciated. Thank you all for helping us through our worst possible situation."

And the comments on the post matched the caption...

The heartfelt tributes for the late Disney star poured in, with fans expressing their sadness at the loss of a kind soul. Our thoughts and prayers are with the family. RIP Cameron Boyce, you will be missed.