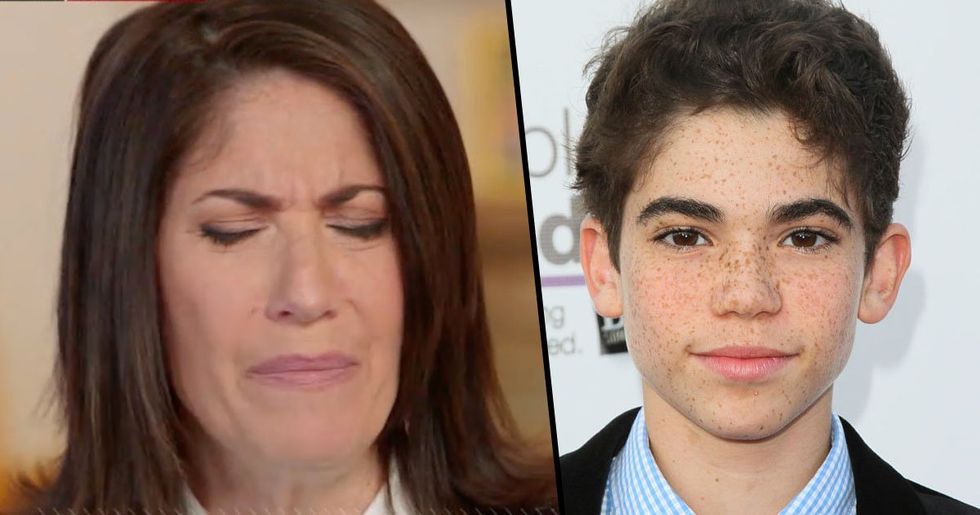 Cameron Boyce’s Parents Open Up About His Final Moments

Last month, we received the heartbreaking news that Disney star, Cameron Boyce, had sadly, and unexpectedly, passed away.

Tributes have been flooding in for the Disney star, from both celebrities and family members. And now Cameron's parents have spoken out about his heartbreaking final moments.

And news of his untimely death has hit the world hard. The actor passed away on July 6th, after suffering a seizure in his sleep - but, initially, we weren't sure what the cause of that seizure actually was.

Only 2 months ago, he shared a video of him surprising his mom on Mother’s Day, and her reaction was nothing short of overjoyed.

His dad initially remained tightlipped after his son’s death.

Though, considering that Cameron only passed away last month, the family will most certainly be going through an unimaginable period of grief and pain, and will understandably not be thinking of social media right away.

But he eventually opened up about the tragedy.

Cameron's official cause of death was officially confirmed.

Though we knew that he had died from a mysterious seizure in his sleep, the actual cause remained somewhat hazy.

An autopsy was carried out.

There were no suspicions of foul play and law enforcement characterized his passing as a "natural death."

His family released another statement.

The official toxicology report shows that Cameron did not have any drugs or alcohol in his system except an epilepsy medication called Keppra.

And the coroner confirmed what the family had already told us, that the Disney star's tragic death was due to epilepsy.

And now Cameron's parents have bravely spoken out about his death.

In a heartbreaking interview with ABC News, Libby and Victor Boyce have opened up about Cameron's final moments - alongside what they hope his legacy will be.

"The night he passed away, we were out to dinner with him just hours before. It was a completely normal, beautiful family night out to dinner," Victor revealed.

The normalcy of the evening was part of the reason that Cameron's death came as such a shock.

"It was just staggeringly crazy and horrible. And we were texting that night," Victor continued.

The tragedy came totally out of the blue.

"There was no indication that anything was wrong," Victor went on. "I mean there was no way to know in hours my son would be dead."

Epilepsy had long been a part of Cameron's life.

But he was determined not to feel like it was holding him back in any way. "It didn't define him. He wasn't scared. He never complained about anything," said Victor.

And though time has passed, the family are still in shock.

"He loved life. He was kind of in a place -- this is, for me, the hardest thing -- he was in a place where he was truly happy. I mean, Cameron was always happy. Never a negative thing came out of his mouth. Never! But he was just really finding his groove," mom, Libby, claimed.

Though he loved acting, Cameron was keen to expand his horizons.

The family are keen to ensure that this continues even after Cameron's death.

via: The Cameron Boyce Foundation

Libby and Victor have set up The Cameron Boyce Foundation to help his legacy live on. It's a charity dedicated to ending violence amongst young people, particularly in terms of mass shootings.

The family are determined to make sure that Cameron isn't forgotten.

"His legacy is important to us because we don't want him to be remembered as just an actor or some Disney kid. Because he was so much more than that. He wanted to be known as his own person, you know, individually and not cookie-cutter," said Victor.

It's impossible to imagine how the Boyce family are coping with this tragedy - but the fact that they're trying to ensure that some good can come out of it is incredibly admirable.