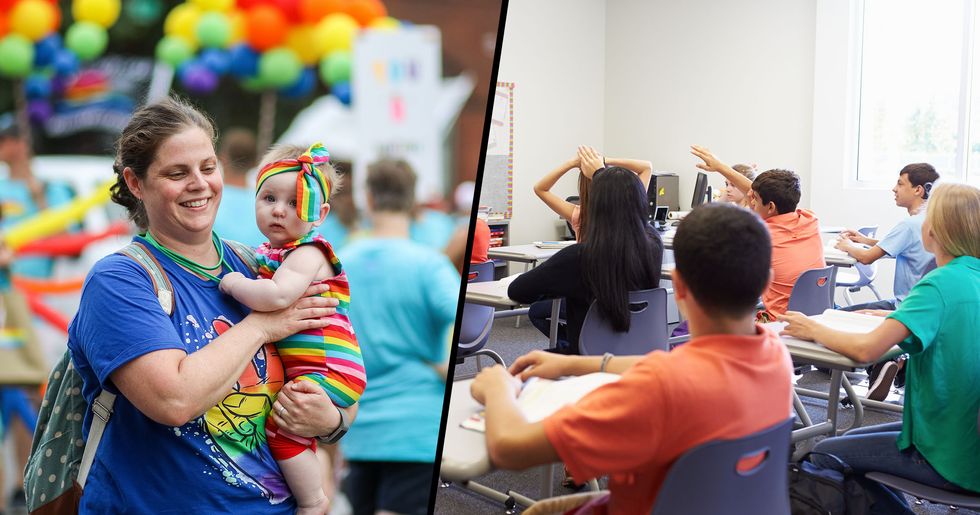 One campaign group has launched the latest attempt to battle hate crime and discrimination against the LGBTQ+ community. The innovative campaign places elementary school children at the heart of this campaign, which has raised some controversial opinions...

But when exactly should this education begin?

While many believe that these issues should be addressed at an older age, there are some calling for children as young as 5-years-0ld to be taught about the community.

An LGBTQ campaign group have proposed for elementary schools to educate their students on the matter...

And they believe that all children should be taught about lesbian, gay and transgender issues in every subject.

Stonewall issued the guidance this week...

Stonewall is one of the world's first LGBTQ+ campaign groups, having being founded in 1989 by a small group of people who had struggled against the laws and discriminations against their community.

Their latest challenge is to make elementary schools more inclusive.

And they are calling for children to be educated about the LGBTQ+ community, their history, and the issues they face, from the age of 5-years-old and onwards.

And, as well as the typical LGBTQ education...

The proposed guide, which has been sponsored by the publisher, Pearson, and the Government Equalities Office, suggests incorporating the topic throughout school timetables and various subjects.

They want the community to be involved in the teachings of all subjects...

The campaign group suggested maths questions such as, "How many biscuits are left at Fatima and Shanika's wedding?" While one example lesson plan suggested that pupils aged 7 and 8 create Aids memorial quilts in design and technology lessons.

And they ultimately want to break down barriers and stigma with their new curriculum.

Stonewall said on the matter, "Our new guide, Creating an LGBT-Inclusive Primary Curriculum, is a free voluntary resource for primary school teachers who want to make their classrooms inclusive and accepting of all young people."

Many people have praised the proposed curriculum...

And have noted how teaching these topics from an early age will normalize them, and therefore prevent any future hate crimes against the community.

School can be a dangerous place for LGBTQ identifying children...

And the new proposed curriculum could finally make it a safe and open space for them to be their true selves amongst their teachers and peers.

And, despite many disagreeing with the prospect...

All children should be taught about all relationships. Love is love, some kids will know they’re #lgbtq at primary… https://t.co/siGjMkPmnq
— Sam Cleasby (@Sam Cleasby)1559327742.0

It is simply undeniable that in today's day and age, education on the LGBTQ+ community is more important than ever before. The attitudes towards the community have been gradually shifting in the last couple of decades, and even the British Royal family - a notoriously religious and conservative family - have opened up on their support of the community. Keep scrolling to hear what Prince William had to say on the topic...