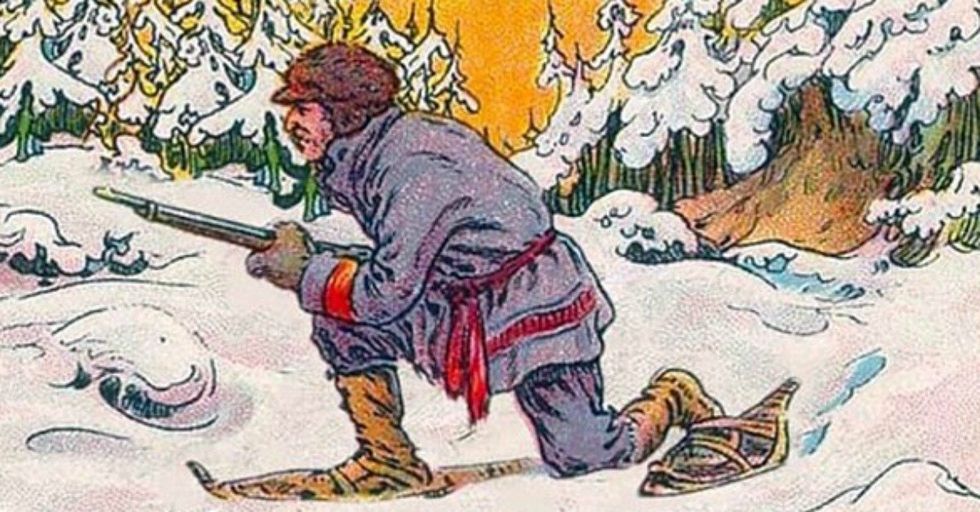 The Internet can't get enough of brain teasers right now, but they've actual been around for hundreds of years.

We have six examples, and I'm willing to bet that you'll get tripped up at LEAST once or twice. They might be old, but they're not easy!

First, try to spot not one but eight rabbits in this illustration.

The fact that the illustration is confined to just two colors makes them hard to spot, but eagle eyes can spot them.

Did you get them all?

Next is a family entering their living room, but can you spot the missing astronomer?

The trick to this puzzle is view the image upside down.

Next we have what at first appears to be a simple picture of the great outdoors but that actually contains twelve words — all related to water — within the landscape.

Were you able to find all the words?

Ready for a little romance?

This appears to just be a photo of a couple on a romantic walk, but there's actually a baby hidden in the image.

If you need a hint, I'll suggest you look up...

If you thought that was easy, then good luck finding this sailor's wife in the picture.

The woman's face is contained between the telescope's stand and the sailor's legs, which is kind of creepy but also obvious once it's pointed out.

Ready for the final illusion?

Little does this hunter know there is a rather large grizzly hidden somewhere in the scene...can you spot it?

Ta-da! The beast is disguised as a cliff face in the background of the image.