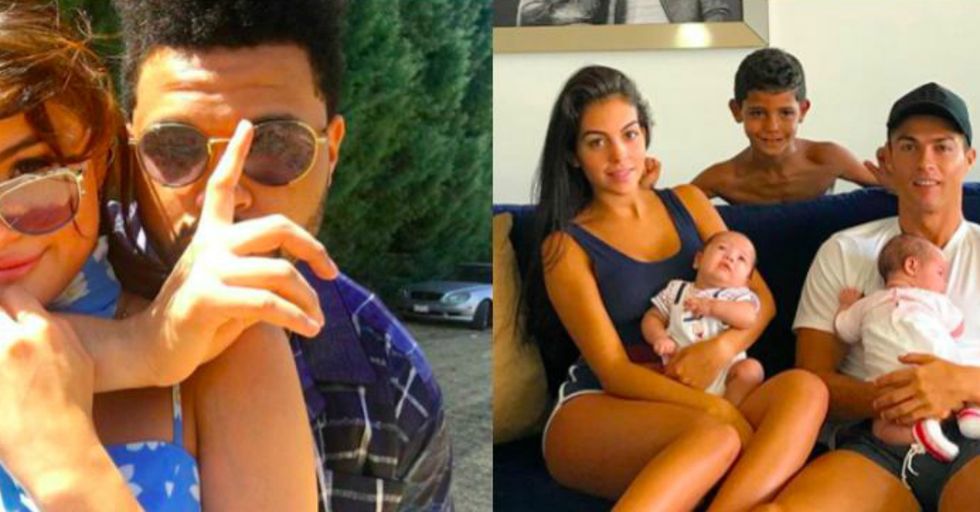 Let's just be real, real honest right now. Instagram is maybe the most addicting thing in the entire world. We're all constantly on it, at all hours of the day, because what else would we do with our lives if we couldn't document brunch or take a selfie with perfect lighting?

There's no mistaking that the Average Joe loves Instagram, but celebrities take things to a whole other level. If you think you had a good day when your picture gets 40+ likes, wait until you see the top 10 most liked Instagram photos of 2017.

It's not really surprising that Instagram loves Selena Gomez. Out of every celeb, she's the one with the most photos on this list. Who doesn't love a classic birthday shot?

Oh, did you think we were done with Selena Gomez?

Think again! The #9 most liked photo on Instagram is Selena Gomez again, posing seductively on a bike. Live your truth, Selena!

How do two people with such incredible genes exist? And those babies are perfect.

Because #7 is Selena and her ex-boyfriend The Weeknd at the 2017 Met Gala. They look like a couple of real gorgeous Hollywood stars.

Selena Gomez and The Weeknd again! But this time they're a little more casual at Coachella. The feels are hitting everyone hard. (RIP to this couple). But who could be #5....?

#5 is back to Cristiano Ronaldo and his perfect twin babies.

We think Selena Gomez and Cristiano Ronaldo should start a club. There's only two rules to being in the club: being gorgeous, and having lots of likes on your Instagram photos. We're pretty sure they'll be the only two in that group, but still!

#4 goes to the Queen Bee herself, Beyoncé!

Did you really think you'd get through a list of the most liked Instagram photos without Beyoncé showing up? Ummm, absolutely not. This photo with her newborn twins is everything. Also, it's pretty safe to say that people love photos of posing with twin babies.

#3 goes to Selena Gomez again, and her kidney transplant post.

It's very rare that a celebrity gets honest and vulnerable on social media. With this post, Selena Gomez did just that, and it garnered over 10 million likes.

Runner up to the Instagram photo with the most likes of 2017 is Ronaldo and that family of his again!

Can they leave some cuteness for other people out there? It's really not fair. This photo in the hospital room after the birth of the twins has over 11 million likes.

Bow down, y'all. With the announcement of her second pregnancy, Beyoncé nearly broke the internet with this picture. It has 11.1 million likes, and it's something everyone should have framed in their home. May the queen reign forever.