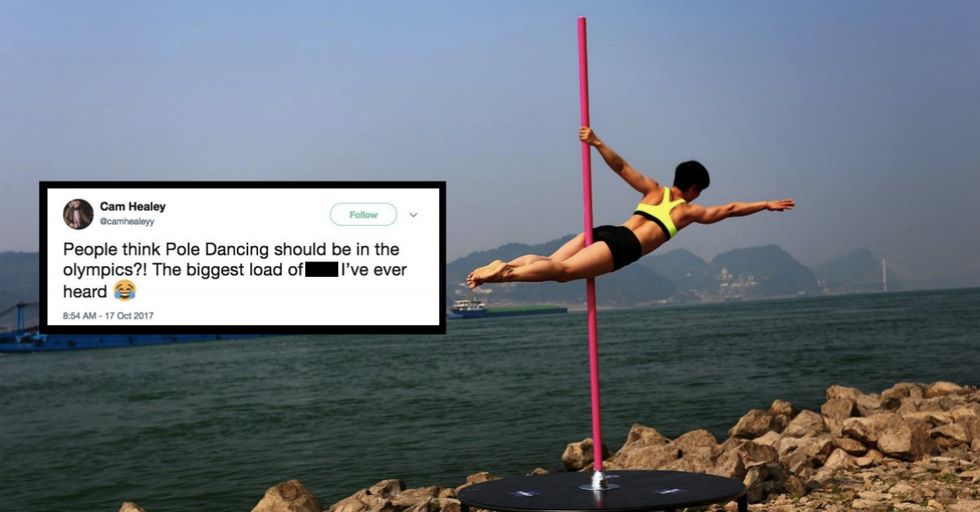 Can You Guess Which Beloved Bachelorette Party Pastime Is About to Become an Olympic Sport?

The Olympics are widely regarded as the apex of sporting events. Athletes who qualify for the games are seen as the elites of the sporting world, and the games themselves are viewed as the most physically demanding and impressive. Now a new sport is being added to the list.

You'll never, ever guess what it is...

That's right, the bachelorette party favorite that you suck at is officially being considered for the Olympics!

The Global Association of International Sports Federation granted pole dancing "observer status," which means it's now recognized as a sport and can be considered for the Olympics. As the Washington Post explains, “Observer status is the first step international federations must achieve before becoming full GAISF members, which serves as a great boost for any sport hoping to one day land in the Olympics."

On one hand, yippee for American pole dancers! On the other, pole dancing has actually long been recognized as a sport in both India and China, with the history of the sport going back hundreds of years.

The Indian version of pole dancing, called pole mallakhamb in India, has been a valued training tool for male wrestlers for 800 years (women aren't allowed, sigh) because it's a "great way to develop speed, reflexes, concentration, and coordination." There are even championships all across the country. The Chinese, meanwhile, have been doing the pole since the 12th century. And not the gyrating kind, either.

So congrats, USA, for finally catching up to the fact that pole dancing is actually very demanding sport.