Can You Spot the Hidden Items In These Nine Baffling Images? | 22 Words 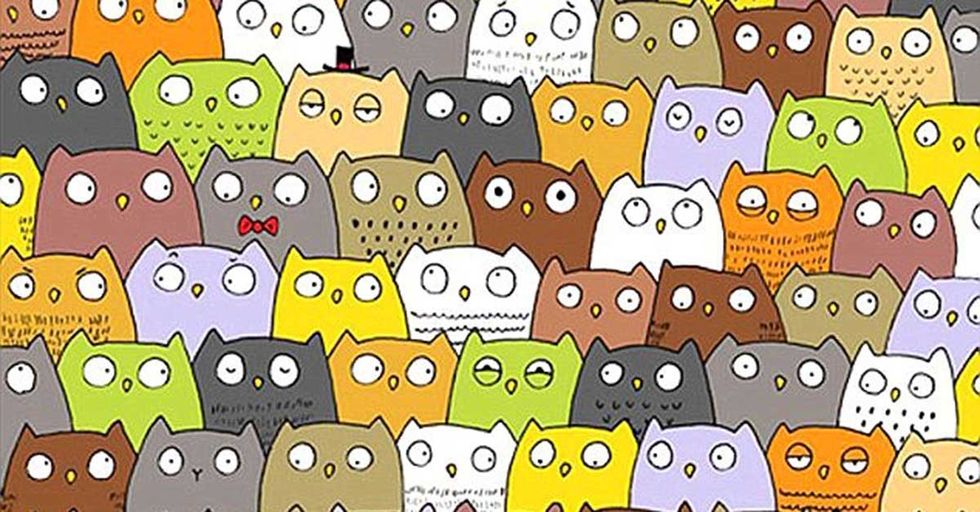 Can You Spot the Hidden Items In These Nine Baffling Images?

You think you're pretty sharp? You'll need amazing focus AND a keen eye to spot the hidden items in each of these nine pics.

Each object or item is staring you in the face, but the differences are subtle enough that you might need to do some serious searching to find it among all the other similar-but-not-quite things surrounding it. NOTE: Each below the original pic is a pic with the hidden object circled, so don't scroll down until you've given up!

Can you spot the panda sitting among all the elephants?

There it is, masquerading in black and white.

Once again, find the panda, this time amidst a crowded cluster of dog breeds.

This one was probably the easiest, so I hope it didn't cause too much trouble.

No more pandas! This time, find the potato hidden among the hamsters.

The subtle lack of ears or eyes gives the spud away.

This one's borderline impossible! Can you find Doc Brown from Back to the Future amid all the Bernie Sanders clones? Note: The doc is NOT wearing his lab coat and has even put on Bernie's glasses.

Chances are, you needed the answer revealed on this one.

You see lots of bunnies, no doubt, but can you spot the egg among them?

There it is, partially obscured by a few of the many rabbits.

Back to the panda! Can you find it among the maddeningly similar snowmen?

Boom. There it is. Those snowman eyes everywhere really make this one tough.

You see a lot of owls, but do you see a cat?

You might not have known what to look for, but the nose is a good giveaway.

Amidst all these C-3P0s, there's an Oscar. Can you spot it?

The only thing setting it apart is a slightly different head shape.

Last one! A panda among the Storm Troopers...

At least the colorblind players weren't disadvantaged for this one!