Can You Spot the Terrible Imposters In These 25 Hilarious Photos? | 22 Words 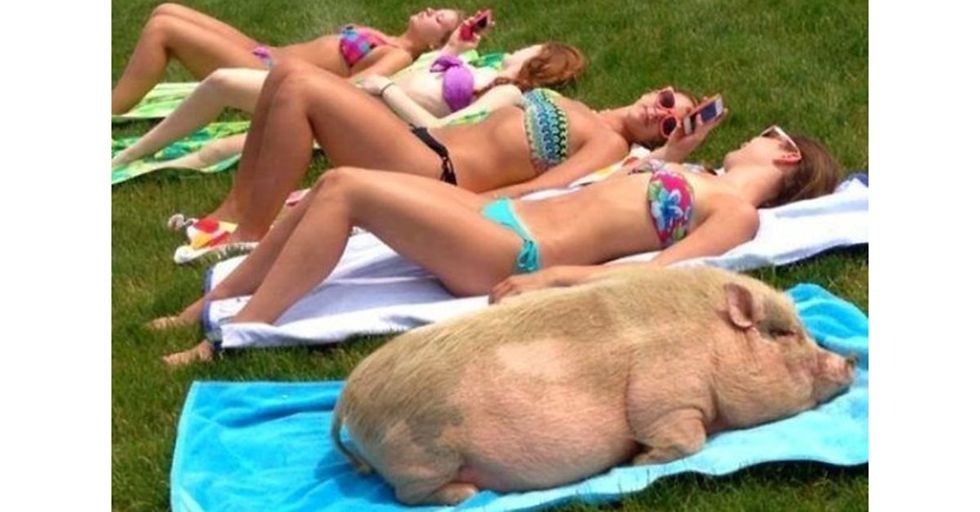 Can You Spot the Terrible Imposters In These 25 Hilarious Photos?

We all want to fit in. But sometimes it's just not gonna happen.

Lucky for us, though, that hasn't stopped all sorts of people, animals, and pranksters from trying to continue the charade that they're something they're not. They're not exactly hard to spot in photos below from Bored Panda, but their attempts are plenty entertaining nonetheless.

"Just us flamingos, hanging out."

Close, but not quite.

Sorry, pup, you're gonna need to be a little rounder and plumper to pull this act off.

I wonder how long the brother lasted before he was caught.

It could have been days. That's some quality camo.

...just to fit in with the laptop crowd.

It may not have been the assignment, but that's a good Batman logo.

Something tells me this rugrat things he's better at this than he actually is.

If they can accept him, so can we.

This one took me a second.

Oh. There it is. Right. Of course.

As a bonus, you get a wonderful pun as well!

I hope you get it, because I'm not explaining it.

After 30 seconds of sticking my face in my laptop screen, I DON'T see it.

I'm not even sure the dude next to the dog notices.

How has that whole class not descended on that dog to pet it?

I'll take them all, please.

This is a cool stunt.

Those are some very convincing two-dimensional drawings.

You have to admire that dog's focus and discipline.

Once you see it, you can't look away.

...when you live together, you really start to look alike.

Someone's going to buy that thinking...

...they got a really great deal on a big thing of Mini Oreos.

Are you shizzur you can't get this one?

Hint: Look for the Dogg with the extra "g."

"Dammit!" I took the labeled eggplant again! I hate my roommates."

Notice how the sea pup has no fish in front of it.

...they just don't care. Be yourself, kitty. That's all they ask.