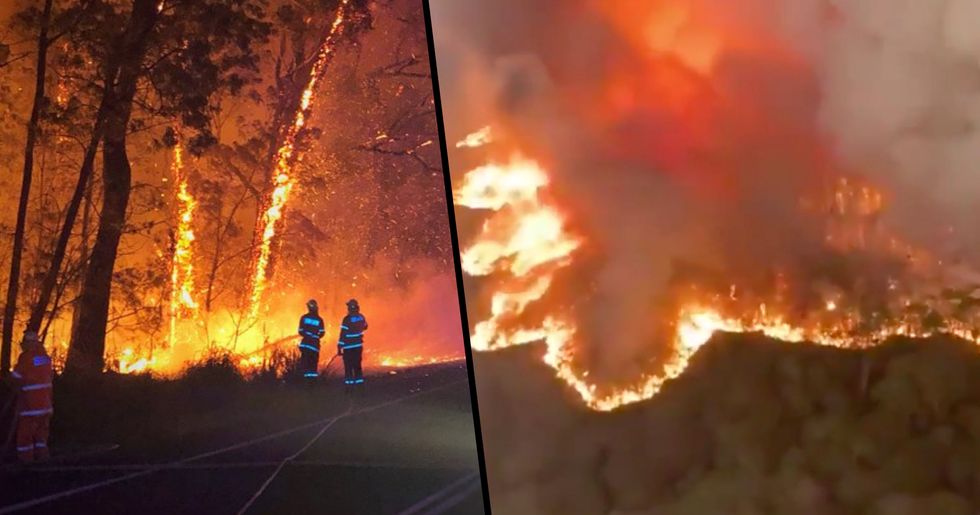 For weeks now, the bushfires have raged on, killing over 1000 koalas and destroying thousands of acres of natural bushland. But there has been one glimmer of hope - the firefighters involved.

But despite the natural ecosystems that have evolved with fire, hundreds of thousands of Australia's wildlife are affected by the flames every year.

Australia's native animals are also at a huge risk.

As many as 1000 koala bears have died, with an approximate 80% of the fireground footprint said to have encroached on prime koala habitat.

The Australian fire services have also been stretched to their limits.

Firefighters all over the country have been tirelessly battling the formidable fires for the last couple of weeks.

They haven't had a break.

And have been working around the clock to protect the environment, wildlife, and surrounding homes.

But there are only so many firefighters in Australia who can continuously battle the flames.

Australia made a global call for help...

And it was Canada that was the first to respond and take action.

Canada are here to the rescue...

The Canadian Interagency Forest Fire Centre, based in Winnipeg, has answered this call for help after realizing the bush fire situation is expected to continue for many more weeks.

Dozens of experienced Canadian firefighters have volunteered to fly out to Australia...

And they are all willing to sacrifice their Christmas breaks to help the Aussies in this time of need.

They are expected to fly out to Australia this week.

A group of 21 firefighters were selected and they gathered in Vancouver yesterday, before embarking on their journey to Sydney for an expected thirty-eight-day deployment.

Canada have experienced wildfires before...

"We are pleased to help the people of Australia as they face these devastating fires, especially since Manitoba has been on the receiving end of help from friends and neighbors when wildfires and other natural disasters hit our province," Premier of the Canadian province of Manitoba, Brian Pallister, said.

The firefighters have come from all over the country...

A kind and very thoughtful act...

"There's nothing more Manitoban than offering a helping hand when someone else is in need," Mr. Pallister went on to say.

Australia had forged a relationship with Manitoba earlier this year...

This was when 2 Canadian teens went on the run after killing an Australian tourist and his American girlfriend.

Kam McLeod and Bryer Schmegelsky shot dead Australian tourist Lucas Fowler and girlfriend Chynna Deese on the side of a British Columbia highway on July 15, and they then fled to Manitoba, sparking a massive manhunt involving the Royal Canadian Mounted Police and Canadian military.

The 2 countries have always stood by each other, no matter what.

Keep scrolling to learn about the devastating story of a rescued koala bear who died from the bush fires last month...