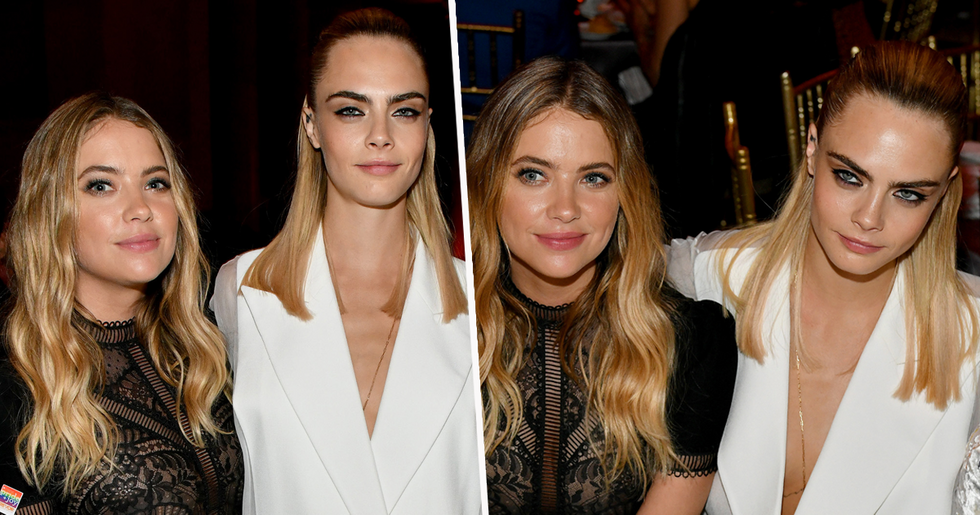 We are heartbroken to report that Cara Delevingne and Ashley Benson have split up after nearly 2 years together.

Keep scrolling to find out why and to reminisce on their beautiful relationship...

Our hearts are officially broken.

Cara Delevingne and Ashley Benson have called it quits on their 2-year relationship.

The pair had cemented themselves as one of Hollywood's power couples.

But it seems that the sun has set on their beautiful relationship. Keep scrolling to find out why...

Twenty-seven-year-old supermodel Cara Delevingne had been spotted hanging out with thirty-year-old actress Ashley Benson, and many just shrugged it off as a casual friendship.

But when the pair began making continuous appearances together...

Fans began to get suspicious.

And when these paparazzi pictures emerged a few months later of the pair looking very cozy...

Fans took this as an official confirmation that they were an item.

The pair were spotted more and more displaying some serious PDA.

Even though it was so obvious that they were a couple...

They seemed reluctant to go official with their relationship. "I mean it’s hard, I don’t know, you kind of can’t get away from that if you’re in the public eye," Ashley told PEOPLE in August 2018. "I just kinda try to keep myself as private as possible."

They seemed to be taking things slowly...

At the 2018 premiere for Her Smell, a movie in which both women appeared in, Cara and Ashley were yet again displaying a lot of PDA and there's no denying that they looked great together.

As the months went by, fans were eager for an official confirmation of their relationship...

Never the less, things seemed to be getting serious...

And when this adorable snap emerged, fans went wild for the gorgeous couple.

Who could possibly forget this iconic snap of the couple moving in together...

In the summer of 2019, things got to the point where Cara and Ashley didn't even need to confirm that they were dating...

Because it was that obvious.

Cara's cute Pride-inspired video for Ashley had us all catching the feels...

And fans were totally living for Cara and Ashley's romance.

Ashley even got Cara's initials tattooed...

Showing that this relationship was certainly the real deal.

And it was in September 2019 when Cara finally opened up and her and Ashley's relationship.

"I won't talk about it because it’s sacred. I get why people care so much, and I don’t want to be so secretive that people think I’m ashamed of anything," she said in an interview about her relationship with Ashley. "But I’ve never been in a relationship where things are so public, or where I posted pictures of someone else. This seemed different. We had gotten to the point where we had kept it a secret, or at least not wanted attention, and now I feel like I’m not going to not be proud."

The couple even adopted 2 very adorable puppies together...

We all know that getting a dog is one of the biggest signs of commitment!

But as the saying goes...

All good things must come to an end.

Reports have come in that Cara and Ashley have split up after nearly 2 years together.

Multiple sources confirmed to PEOPLE that the couple separated in early April.

It doesn't seem that there was any malicious intent behind the break-up.

"Cara and Ashley always had their ups and downs before but it's over now," the source said. "Their relationship just ran its course."

Cara and Ashley are yet to comment on the break-up...

And going by their secrecy around their relationship, we highly doubt we will be hearing anything any time soon. But we sincerely hope that both women are doing okay during this difficult time. For more on rocky relationships, scroll on...